The "Where We Are on TV" report analyzes the overall diversity of primetime scripted series regulars on broadcast networks and looks at the number of LGBT characters on cable networks for the upcoming 2014-2015 TV season. GLAAD's annual TV reports not only propel national conversations about LGBT representation, but inform GLAAD's own advocacy within the television industry. GLAAD uses this yearly data to create a clearer picture of the stories and images being presented by television networks, and to encourage networks to include diverse LGBT representations within them. 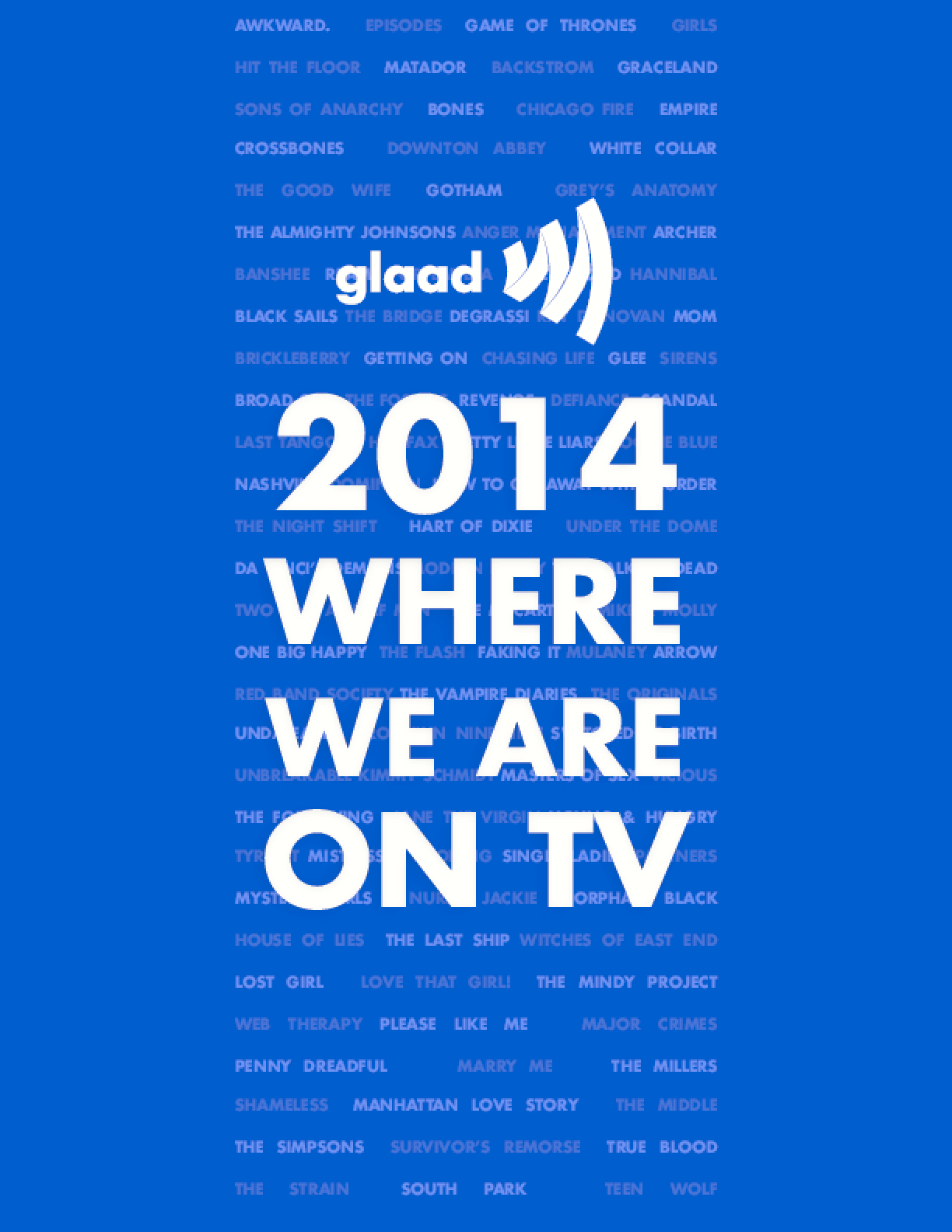