In 2014, deaths among non-Hispanic whites exceeded births in more states than at any time in U.S. history. Seventeen states, home to 121 million residents or roughly 38 percent of the U.S. population, had more deaths than births among non-Hispanic whites (hereafter referred to as whites) in 2014, compared to just four in 2004. When births fail to keep pace with deaths, a region is said to have a "natural decrease" in population, which can only be offset by migration gains. In twelve of the seventeen states with white natural decreases, the white population diminished overall between 2013 and 2014. 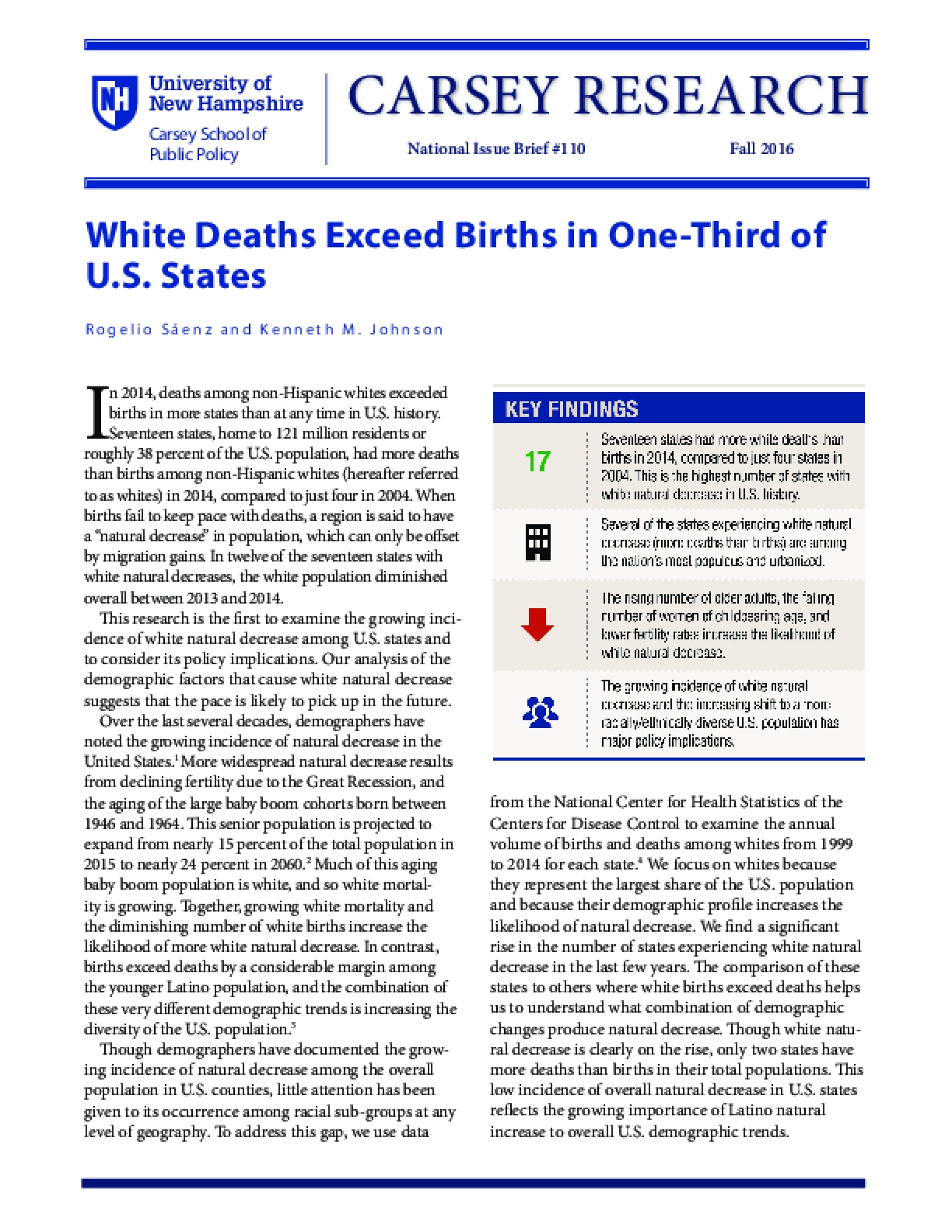