Who Are the Remaining Uninsured and Why Haven't They Signed Up for Coverage? Findings from the Commonwealth Fund Affordable Care Act Tracking Survey, February–April 2016

The number of uninsured people in the United States has declined by an estimated 20 million since the Affordable Care Act went into effect in 2010. Yet, an estimated 24 million people still lack health insurance. Goal: To examine the characteristics of the remaining uninsured adults and their reasons for not enrolling in marketplace plans or Medicaid. Methods: Analysis of the Commonwealth Fund ACA Tracking Survey, February–April 2016. Key findings and conclusions: There have been notable shifts in the demographic composition of the uninsured since the law's major coverage expansions went into effect in 2014. Latinos have become a growing share of the uninsured, rising from 29 percent in 2013 to 40 percent in 2016. Whites have become a declining share, falling from half the uninsured in 2013 to 41 percent in 2016. The uninsured are very poor: 39 percent of uninsured adults have incomes below the federal poverty level, twice the rate of their overall representation in the adult population. Of uninsured adults who are aware of the marketplaces or who have tried to enroll for coverage, the majority point to affordability concerns as a reason for not signing up. 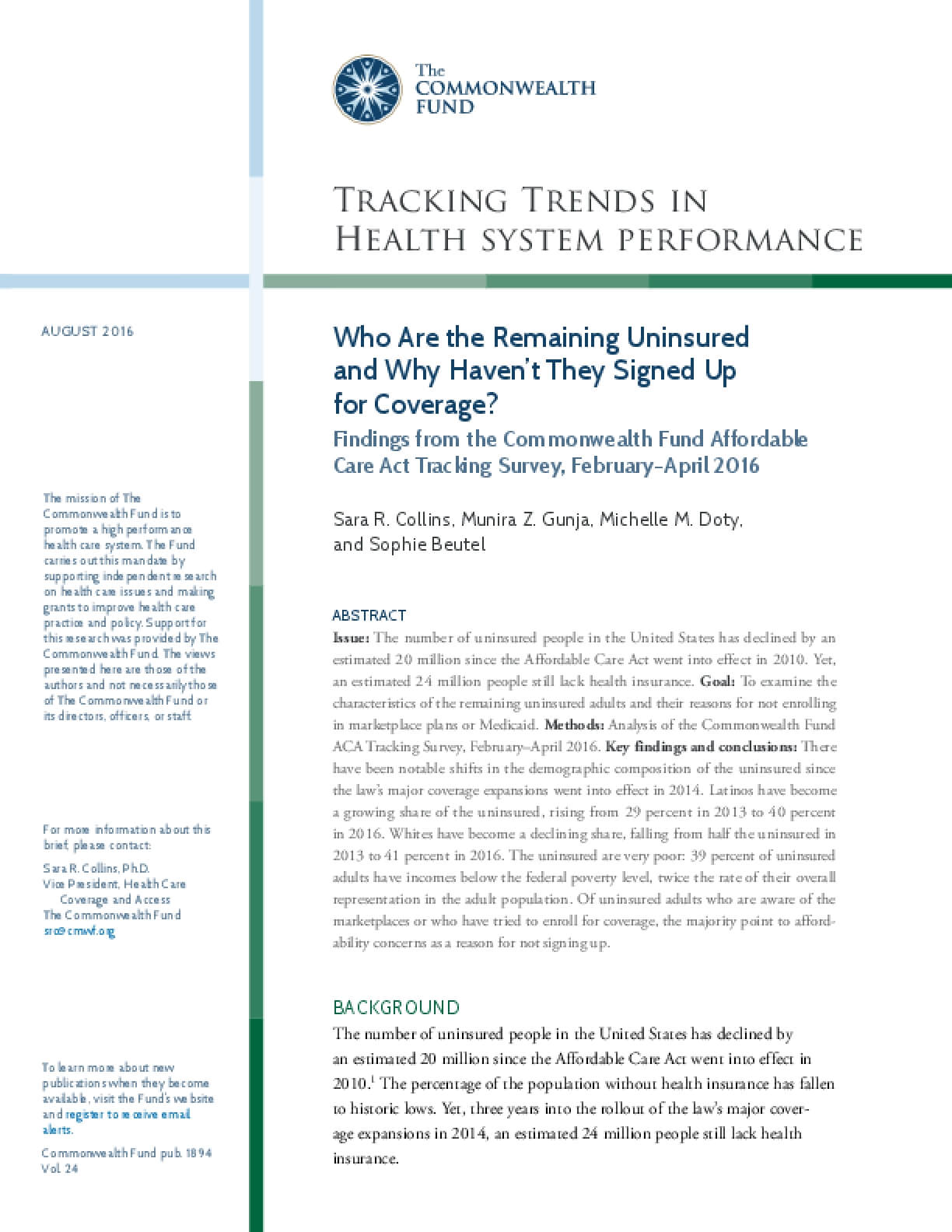