Who Gets Killed in America? The National Violent Death Reporting System Is Keeping Track

In 2014, over 42,000 US residents killed themselves, and another 16,000 were murdered, making violent death a critical an important public health problem.1 The National Violent Death Reporting System, or NVDRS, is a one-stop source of information on suicides, homicides, unintentional fatal shootings and law enforcement-related fatalities (excluding execu-tions), including who the victims are and when, where and how they were injured. It was begun by the Centers for Disease Control and Prevention in 2002, with data from just six states. As of 2017, it tracks violent deaths in 40 states, the District of Columbia and Puerto Rico and aims to expand to all 50 states and U.S territories. What makes the NVDRS so valuable to policy-makers, health authorities, law enforcement agencies, researchers and advocacy groups is its status as the only state-based, active surveillance system that merges, standardizes and anonymizes data from multiple sources to provide a rich, detailed picture of violent death in America. 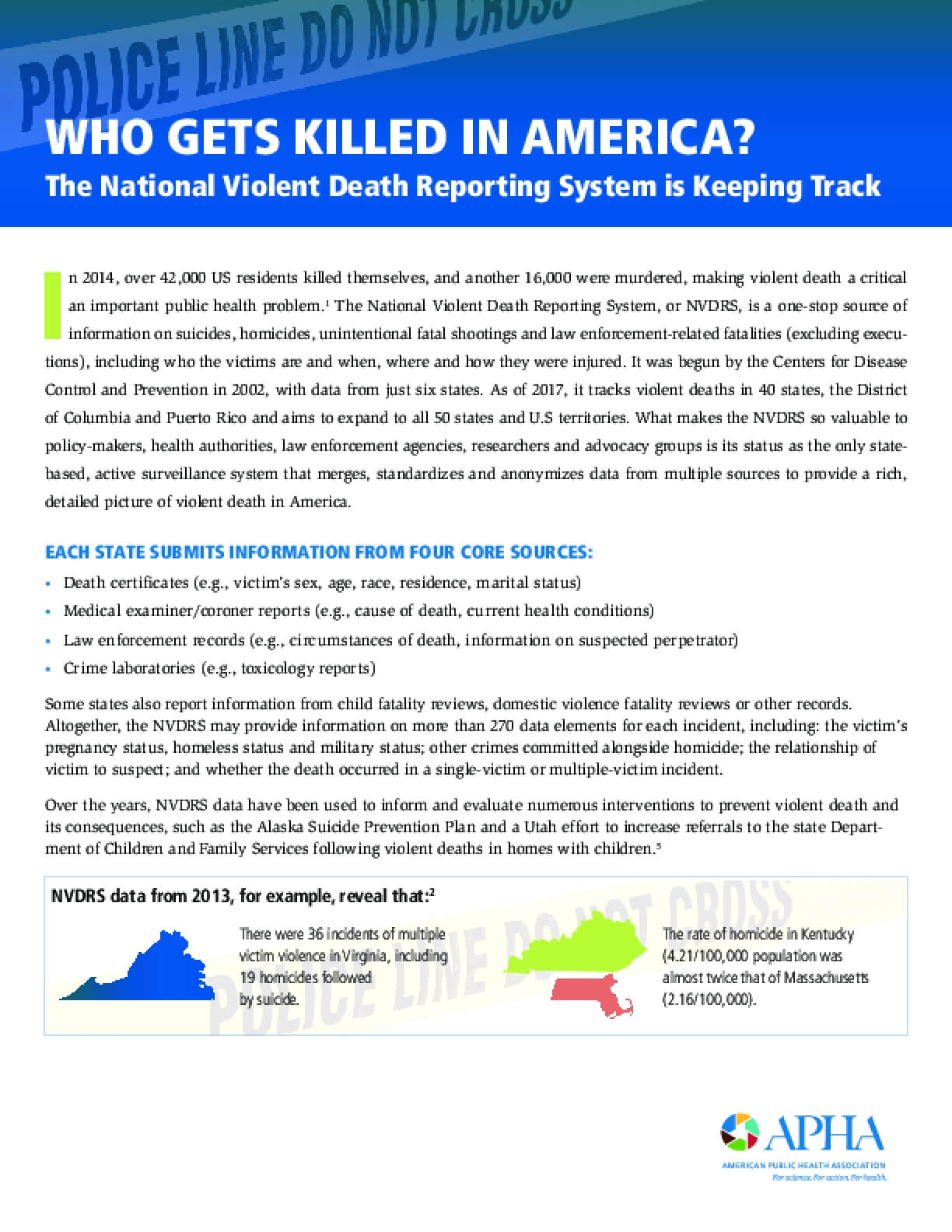