Who Pays for Judicial Races?

"In recent years, as the cost of judicial campaigns has soared, the boundaries that keep money and political pressure from interfering with the rule of law have become increasingly blurred", according to The New Politics of Judicial Elections, a MacArthur-supported report by Justice at Stake, the Brennan Center for Justice, and the National Institute on Money in State Politics. The report finds increased politicization and escalating spending in state judicial campaigns, as well as the growing role of special interest money. During the 2011-12 election cycle, many judicial races "seemed alarmingly indistinguishable from ordinary political campaigns" featuring everything from Super PACs and mudslinging attack ads to millions of dollars of candidate fundraising and independent spending. 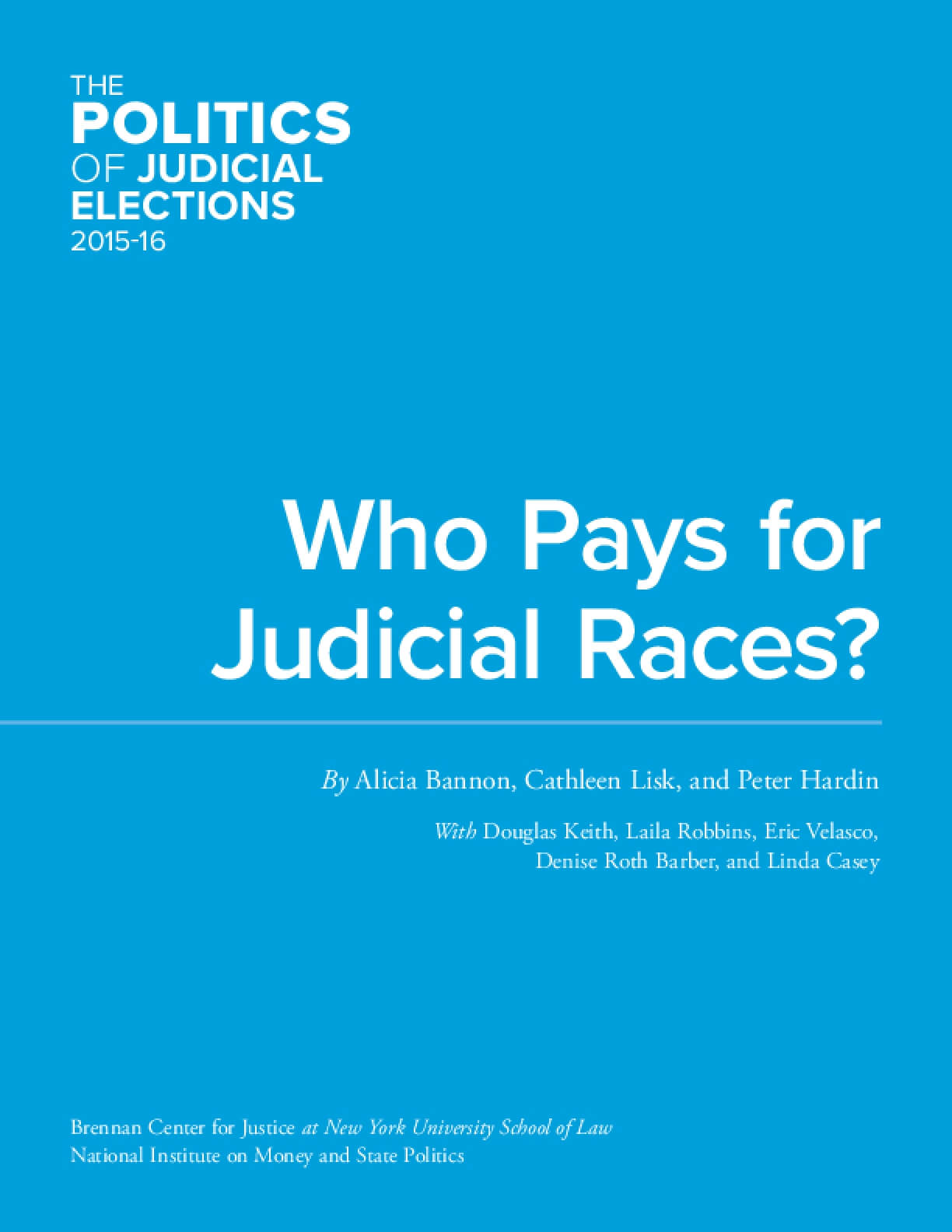