Who's Behind ICE: The Tech and Data Companies Fueling Deportations

Tech is transforming immigration enforcement. As advocates have known for some time, the immigration and criminal justice systems have powerful allies in Silicon Valley and Congress, with technology companies playing an increasingly central role in facilitating the expansion and acceleration of arrests, detentions, and deportations. What is less known outside of Silicon Valley is the long history of the technology industry's "revolving door" relationship with federal agencies, how the technology industry and its products and services are now actually circumventing city- and state-level protections for vulnerable communities, and what we can do to expose and hold these actors accountable.

Mijente, the National Immigration Project, and the Immigrant Defense Project — immigration and Latinx-focused organizations working at the intersection of new technology, policing, and immigration — commissioned Empower LLC to undertake critical research about the multi-layered technology infrastructure behind the accelerated and expansive immigration enforcement we're seeing today, and the companies that are behind it. The report opens a window into the Department of Homeland Security's (DHS) plans for immigration policing through a scheme of tech and database policing, the mass scale and scope of the tech-based systems, the contracts that support it, and the connections between Washington, D.C., and Silicon Valley. It surveys and investigates the key contracts that technology companies have with DHS, particularly within Immigration and Customs Enforcement (ICE), and their success in signing new contracts through intensive and expensive lobbying. 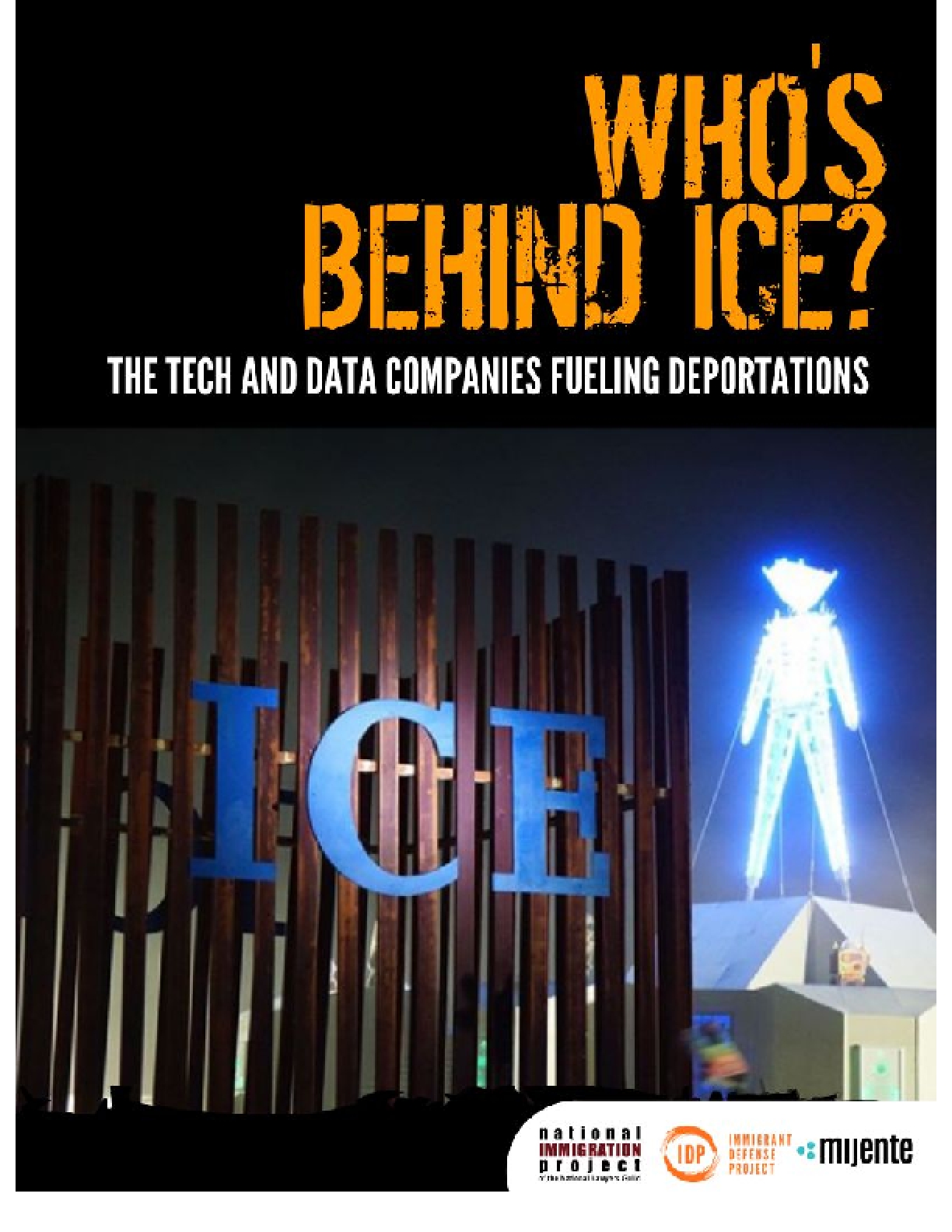