Who's In Who's Out: A Look at Access to Employer-based Retirement Plans and Participation in the States

With the aging of the nation's population, a continuing decline in the availability of traditional pensions, and concerns about the future of Social Security, many workers in the United States worry that they won't have enough money set aside for their retirements. The Employee Benefit Research Institute's 2014 annual Retirement Confidence Survey found that only 22 percent of Americans are very confident that they will have enough money for a comfortable retirement, while 36 percent are somewhat confident. Twenty-four percent are not at all confident. In addressing these concerns, policymakers have emphasized the need to expand access to what are known as employer-sponsored defined contribution plans, such as 401(k)s. The ability of employees to contribute directly from their paychecks and the use of features such as automatic enrollment make the workplace an effective place to encourage saving. These employer-sponsored plans are how Americans now accumulate the vast majority of their private retirement funds, but large gaps in coverage exist. Today, only about half of workers participate in a workplace retirement plan, according to an analysis of data compiled by The Pew Charitable Trusts. Overall, 58 percent of workers have access to a plan, while 49 percent participate in one. Looking at the numbers a different way, more than 30 million full-time, full-year private-sector workers ages 18 to 64 lack access to an employer-based retirement plan. To help more people save for their later years, lawmakers in Congress have introduced retirement savings initiatives. Separately, President Barack Obama unveiled his "myRA" program in 2014 with a similar goal. As of Nov. 4, 2015, people without retirement plans can sign up to save through myRA. States are also acting to increase retirement savings. Lawmakers in more than half of the states have introduced measures to either create or study state-sponsored retirement savings plans for employees who don't have access to such a plan in the workplace. Illinois, for instance, established the Secure Choice Savings Program, which will start enrolling certain workers in new payroll-deduction retirement accounts by 2017. Washington state has created a marketplace in which small employers and the self-employed can shop for retirement plans. 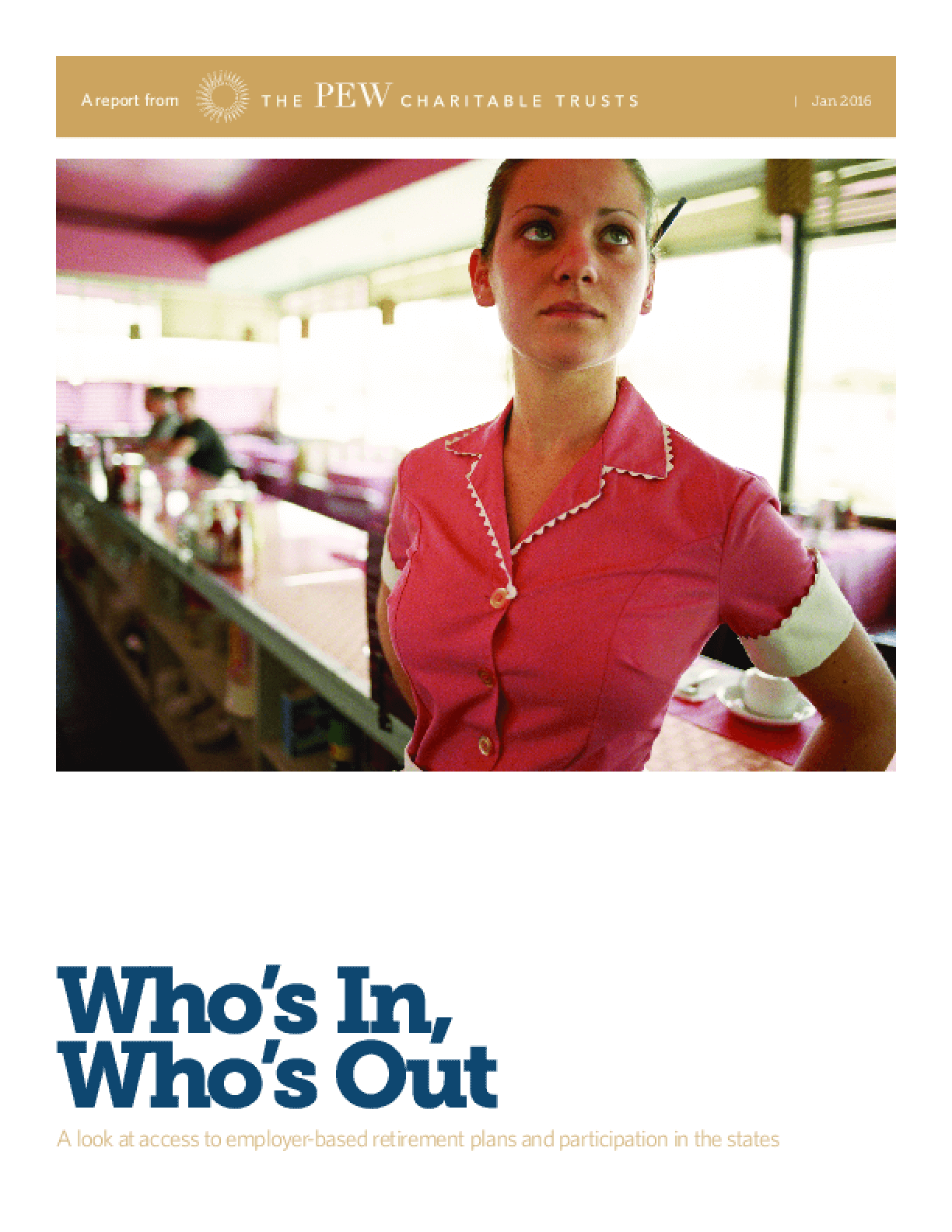