Who Would Pay More if the Social Security Payroll Tax Cap Were Raised or Scrapped?

On January 1, 2015, the maximum amount of annual earnings subject to the Social Security tax -- a.k.a. the payroll tax cap -- increased to $118,500. Every year, this cap is adjusted to keep up with inflation. However, many American workers are not aware that any wages above the cap are not taxed by Social Security.

This issue brief analyzes Census Bureau data to determine how many workers would be affected if the Social Security payroll tax cap were raised or phased out. We find that the richest 6.1 percent of workers (less than 1 in 15) would pay more if the cap were scrapped. Only the top 1.5 percent (1 in 67) and 0.7 percent (1 in 140) would be affected if the tax were applied to earnings over $250,000 and $400,000, respectively.

When we look at the wage earners according to gender, race or ethnicity, age, or state of residence, the share of workers who would be affected by increasing or phasing out the cap varies widely. 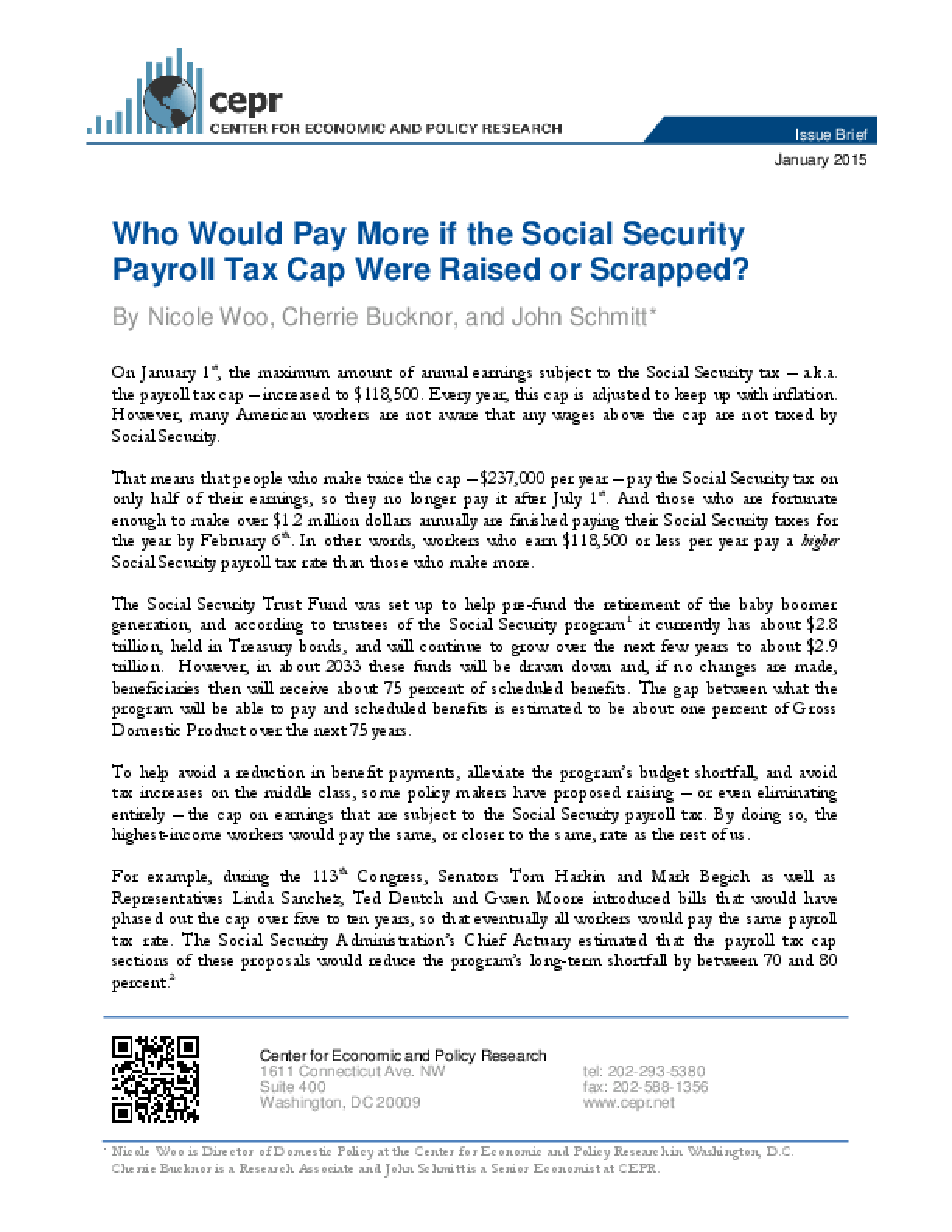