Whose Schools Are Failing?

Persistent school segregation does not mean just that children of dierent racial and ethnic backgrounds attend dierent schools, but that their schools are also unequal in their students' performance. This study documents nationally the extent of disparities in student performance between schools attended by whites and Asians compared to blacks, Hispanics, and Native Americans. The analysis shows that a focus solely on schools at the bottom of the distribution as in No Child Left Behind would only modestly reduce the wide disparities between groups. 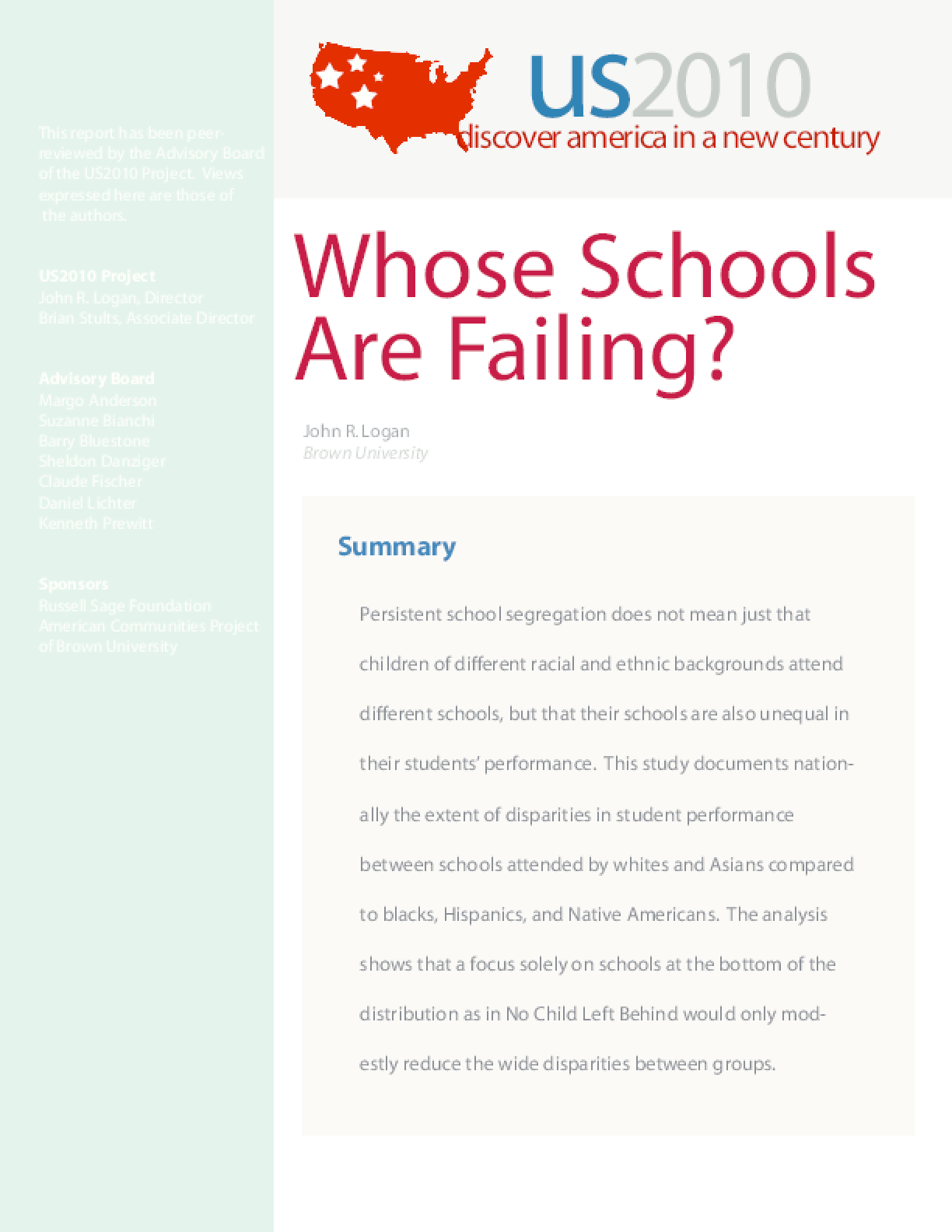