Whose Voice, Whose Choice? The Distorting Influence of the Political Donor Class In Our Big-money Elections

Over the last three decades, the Supreme Court has curtailed meaningful limits on political campaign spending and contributions. Te alarming, but predictable, result is the rise of a small group of wealthy elites who make large political contributions with the goal of infuencing election outcomes and policymaking. We are lef with a government that is less responsive to the needs and concerns of ordinary Americans, and more responsive to the needs and concerns of economic elites. To understand what big money in politics means, it is important to understand the "who" and the "what" of political donations: who is spending big money on elections, and what do they want? In the following analysis, we uncover the demographics (the "who") and policy preferences (the "what") of the donor class that dominates U.S. campaign funding, in order to shed light on why money in politics is distorting our democracy in favor of economic elites, and particularly white male elites. Drawing on unique data sets and original data analyses, for the frst time we are able to see who is -- and is not -- represented among big political donors and how their policy concerns difer. The data reveal that the donor class is in fact profoundly unrepresentative of the American population as a whole, and particularly of low-income people and people of color. Our analysis encompasses federal elections in 2012, 2014 and 2016. 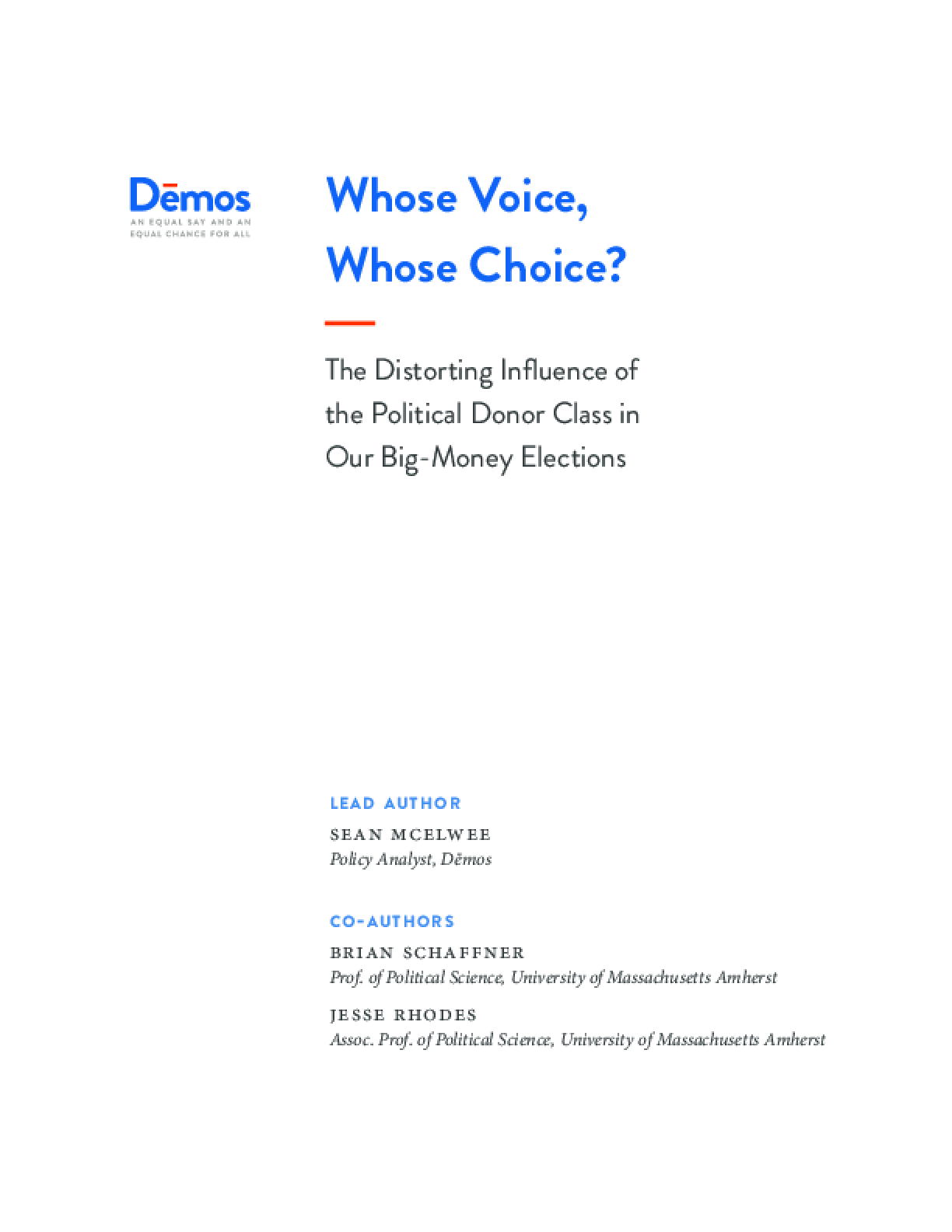