Why Do the Children Flee?

In summer of 2014, headlines throughout the hemisphere called attention to an unfolding tragedy: the plight of Central Americans fleeing north to escape the violence engulfing their communities. The staggering number of migrants seeking refuge sparked a great deal of debate within the United States, particularly due to the large numbers of children. In 2014, approximately 57,000 unaccompanied minors traveled from Central America to Mexico, continuing north to cross the U.S. border illegally. Once in the United States, most children turned themselves over to U.S. Border Control agents and faced swift deportation proceedings. Others have been temporarily reunited with family members throughout the United States, waiting for the courts to decide their fate. Thus far in 2015, the number of unaccompanied child apprehensions on the southwest border has declined compared to 2014.

However, some border crossing zones (particularly the Big Bend and Yuma sectors) report sharp increases in apprehension rates, indicating that migrants and traffickers may be adjusting their tactics to try to elude U.S. border agents. In Mexico, apprehension and deportation rates of Central American migrants have almost doubled this year, as Mexican officials have ramped up enforcement efforts at the behest of U.S. officials. Central Americans are still fleeing, but many are detained in Mexico before they reach the U.S. border. 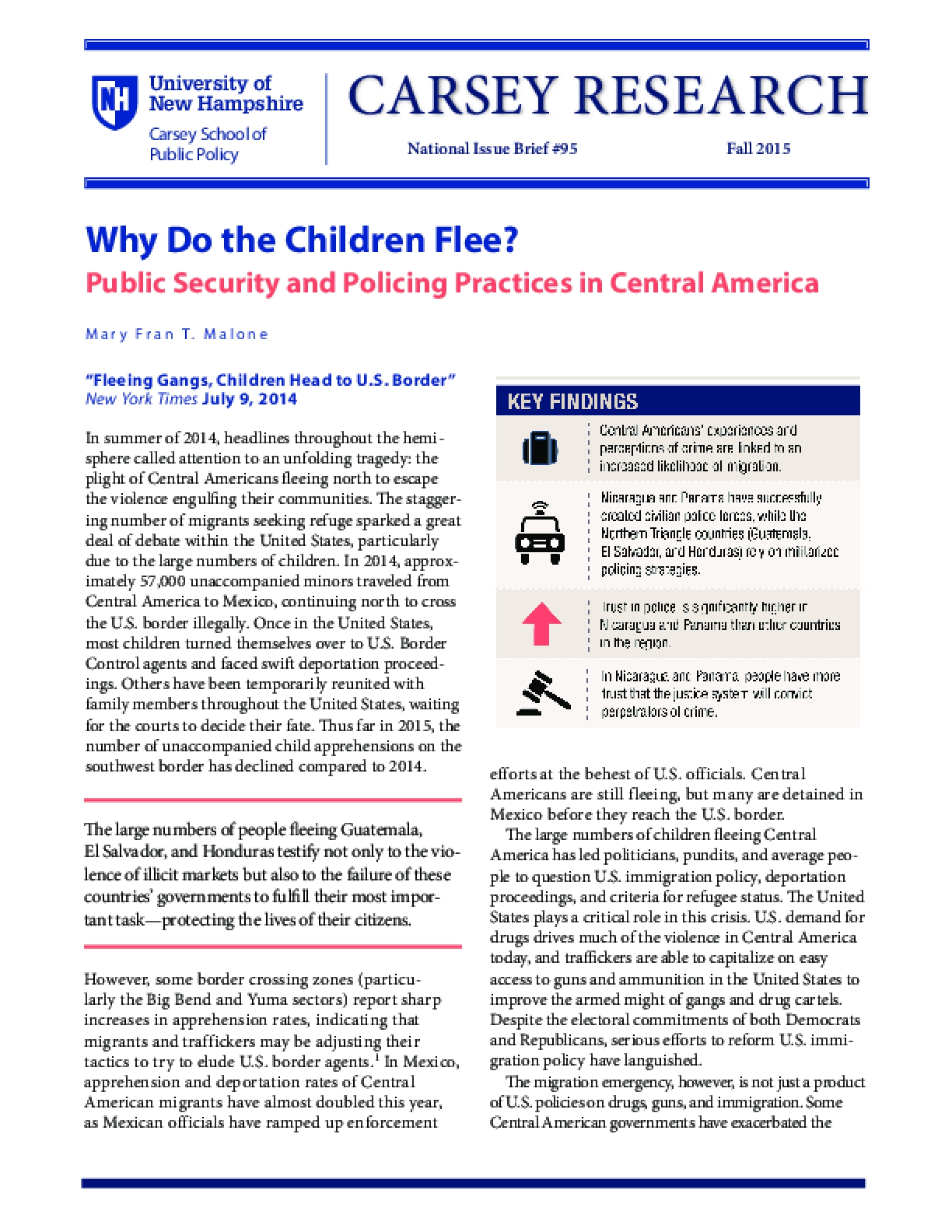