Why Should We Invest in Adolescents?

Too often in the past, public policy has either ignored adolescents or focused on them only when they behave in ways that trouble their elders. Compared to very young children and to the elderly, adolescents suffer from few life - threatening conditions. The formation adolescence of certain health habits with long-term negative consequences (such as smoking tobacco products, use of other addictive substances, or sexual activity without protection from STD and AIDS) often does not produce morbidity or mortality in adolescence itself. Rather the effects, and the costs, develop over a lifetime. Thus, when societies face decisions about where to invest significant health and other supportive resources, attention to adolescents often receives short shrift, despite the fact that after early infancy, adolescence is the period of greatest vulnerability until one gets to the diseases of old age. This work focuses on youth in Caribbean and Latin American Countries. This work contains both English and Spanish versions. 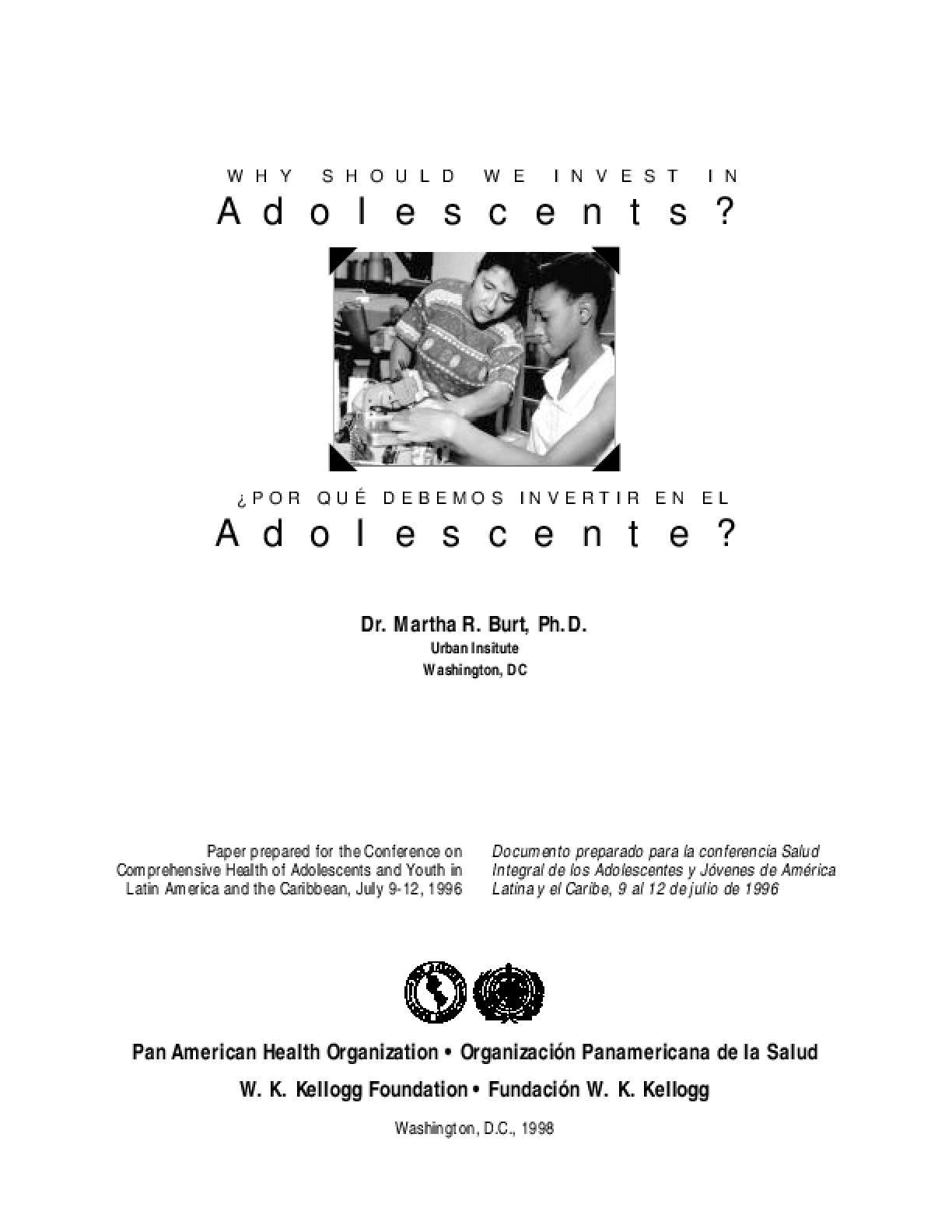