Why the $41 Trillion Wealth Transfer Estimate Is Still Valid: A Review of Challenges and Questions

Despite the economic downturn and the fall of the equity markets, the nationally noted projection that a wealth transfer of at least $41 trillion will take place in the United States by the year 2052 remains valid. Following a thorough review of our 1999 report "Millionaires and the Millennium: New Estimates of the Forthcoming Wealth Transfer and the Prospects for a Golden Age of Philanthropy," we conclude in this article that its projections have not been significantly affected by recent and prevailing economic conditions. The current report reviews the validity of the $41 trillion estimate in light of recent economic conditions, as well as several other critical challenges. While the new commentary does not explicitly deal with the middle- and upper-growth scenarios, the arguments made in support of the $41 trillion estimate often apply to the higher estimates. The principal conclusion is that the $41 trillion estimate remains valid as a 2% growth estimate, even in light of recessionary growth, depressed stock market, and several other criticisms discussed in the 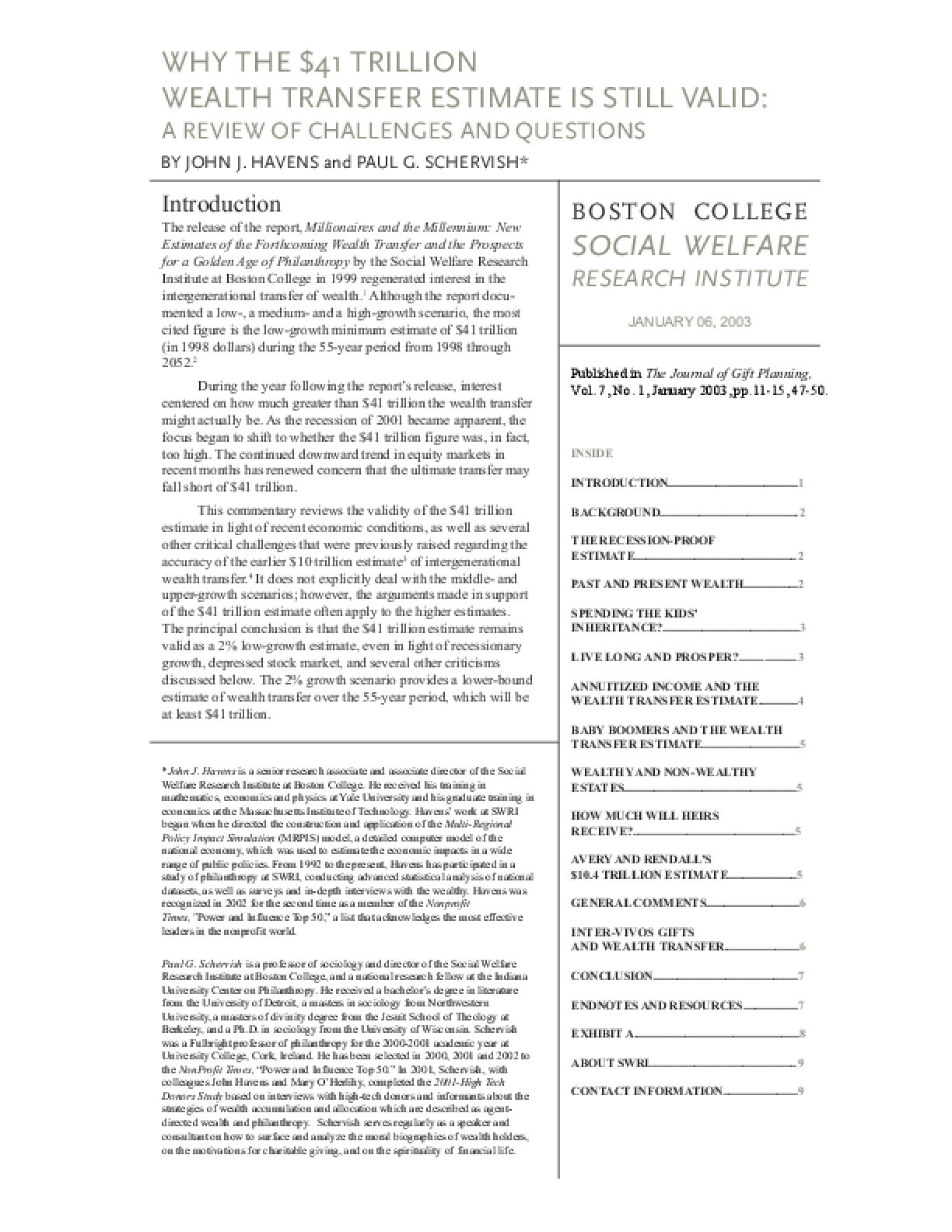