Many states have automobile franchise laws that impede or prohibit newcomers from entering the business of selling cars within certain local markets. The laws protect licensed local automobile dealers from certain types of competition; moreover, in many states those laws have the effect of prohibiting anyone except a licensed dealer from selling cars over the Internet. Defenders of the laws assert that they are necessary to protect consumers and dealers themselves. However, those laws harm consumers by impeding competition among sellers of cars. Several economic studies, including a study by the Federal Trade Commission, support that conclusion. In addition, state regulation of Internet commerce threatens to impede interstate commerce. The Constitution's commerce clause was intended to prevent states from erecting trade barriers that protect local businesses at the expense of national trade. The courts, therefore, will frown on states' trying to protect local dealers at the expense of consumers nationwide. The Internet is changing the traditional relationship among manufacturers, middlemen, and consumers. The middleman will not become extinct, but consumers will interact more with manufacturers, as often manufacturers are the best source of information about a product. Protectionist laws that make it harder to compete with traditional dealers harm consumers and will simply lead to stagnation. States should repeal laws that restrict online automobile sales before the Internet economy leaves their citizens behind. 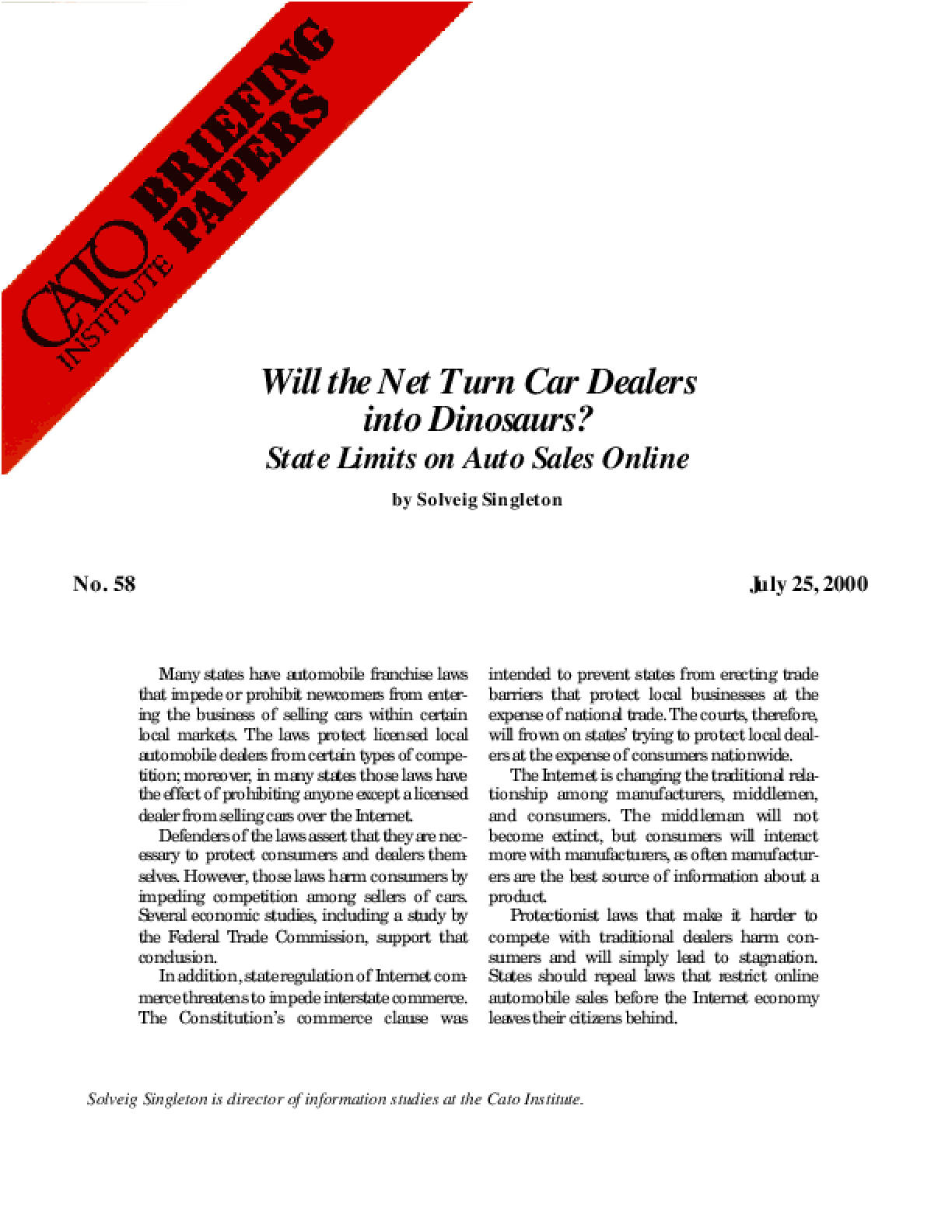