Winning the Web: Stories of Grassroots Campaigning for Access to Knowledge in the Networked Digital Age

The global intellectual property regime is no longer fit for purpose. As the networked, digital age matures, it puts into the hands of millions of citizens the tools to access create and share "content": text, pictures, music and video; data, news, analysis and art. Against this, the intellectual property regime falters. It presents citizens with a choice: stop using the technology -- stop communicating, stop creating -- or break the law. Legal reform is presented with two separate challenges. The first is a small but vocal minority of entrenched corporate interests -- the rightsholder lobby. Wedded to business models that pre-date the age of networked digital technology, they exploit their position as incumbents to influence legislators. Often representing the world's biggest multinational corporations, they hijack a narrative that belongs to poor artists struggling in garrets and use the considerable profits they have made from exploiting these artists in the twentieth century to access the corridors of power and make their case. That legislators listen is related to a second, geopolitical, challenge. Since the 1970s, the developed world has sought to use the global intellectual property regime to ensure its continued prosperity. Motivated by the ability of developing countries to undercut it on the global manufacturing market, it has sought to augment the financial privilege afforded to "knowledge workers". The self-interest behind this practice is masked by a flawed orthodoxy that is rarely backed up by evidence -- that more intellectual property provision is always good for economic growth. Against this backdrop, a global IP reform movement (also called the access to knowledge movement) is emerging. Motivated by a range of concerns -- from global justice, to the narrowing spectrum of permitted speech, to the broadening of surveillance power -- these individuals and organisations approach their campaigning work with combined levels of ingenuity and intellectual rigour that make them stand out in the history of fledgling civil rights movements. Recently, these pockets of activism have taken IP reform issues to a wide audience, triggering sweeping civic action in the general population. The goal of this report is to identify and interrogate these pockets of activism, and to draw lessons from them. It is hoped that these lessons spread across the broadening global network of IP reform activists, ensuring a strong, sustainable and ultimately successful global movement for IP reform well into the future. 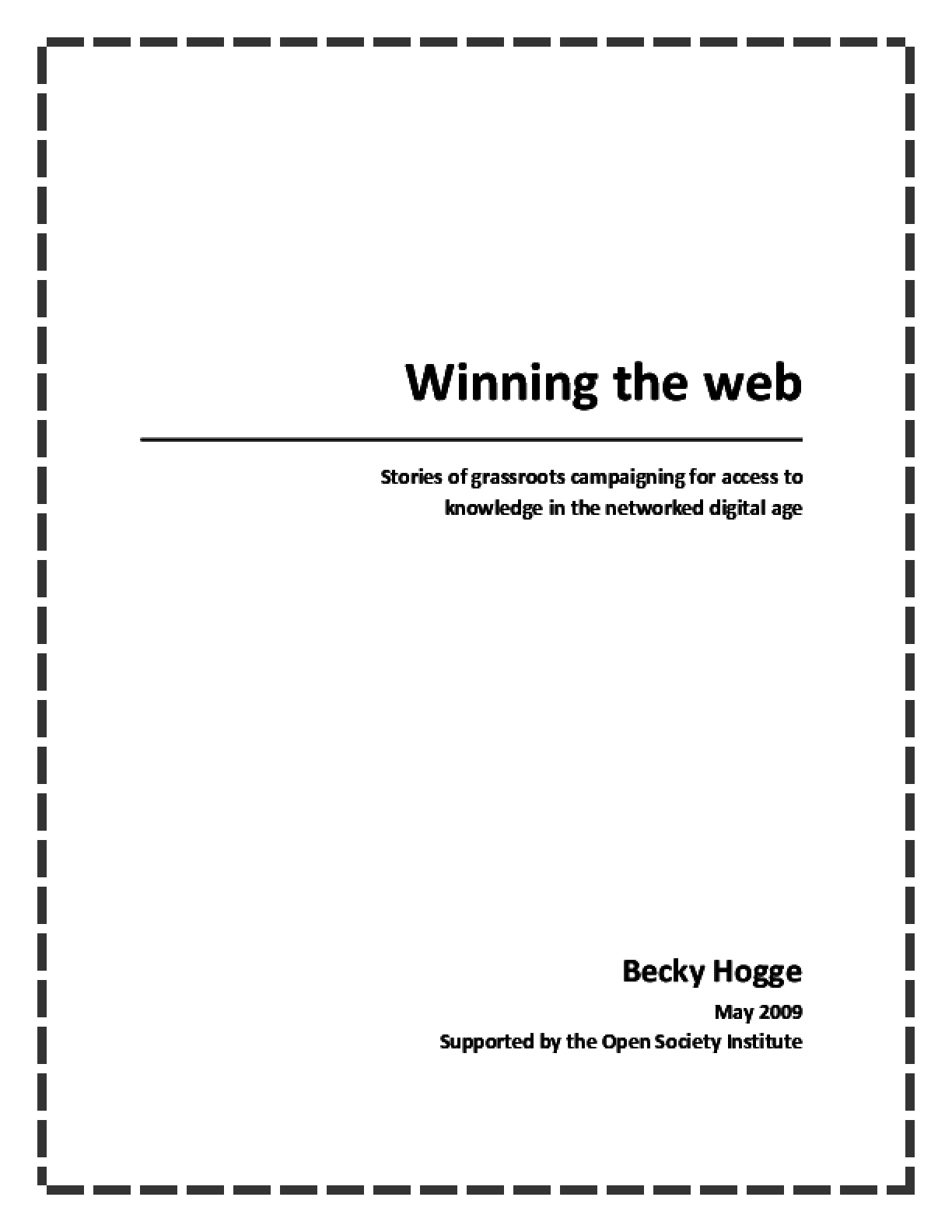