Without a Net: A Study of Early Impacts of Supplemental Security Income Benefits Elimination for Persons with Disabilities due to Drug and Alcohol Abuse in Cook County, Illinois

This is the first published study of its kind attempting to track the impact of the cuts in SSI/DI on the drug and alcohol addicted. Many of the findings in this study confirm the predictions of advocates. Ironically, much of what we learned flies in the face of stated goals of welfare reform - moving people into work and promoting self-sufficiency. In addition to the loss of cash benefits, beneficiaries also lost eligibility for both Medicaid and Medicare because their primary disability was substance abuse. 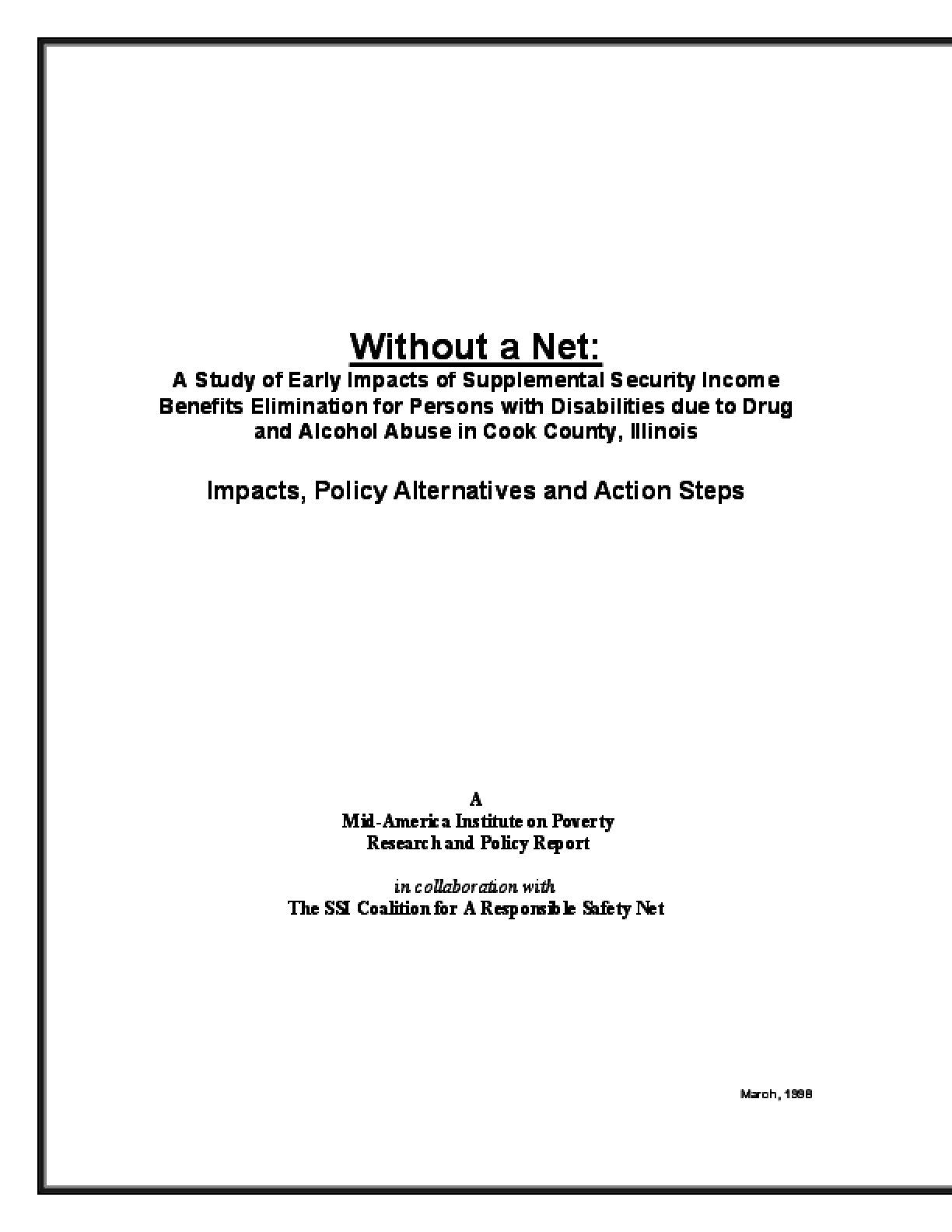