Women and Illegal Activities: Gender Differences and Women's Willingness to Comply Over Time

In recent years the topics of illegal activities such as corruption or tax evasion have attracted a great deal of attention. However, there is still a lack of substantial empirical evidence about the determinants of compliance. The aim of this paper is to investigate empirically whether women are more willing to be compliant than men and whether we observe (among women and in general) differences in attitudes among similar age groups in different time periods (cohort effect) or changing attitudes of the same cohorts over time (age effect) using data from eight Western European countries from the World Values Survey and the European Values Survey that span the period from 1981 to 1999. The results reveal higher willingness to comply among women and an age rather than a cohort effect. Working Paper 06-56 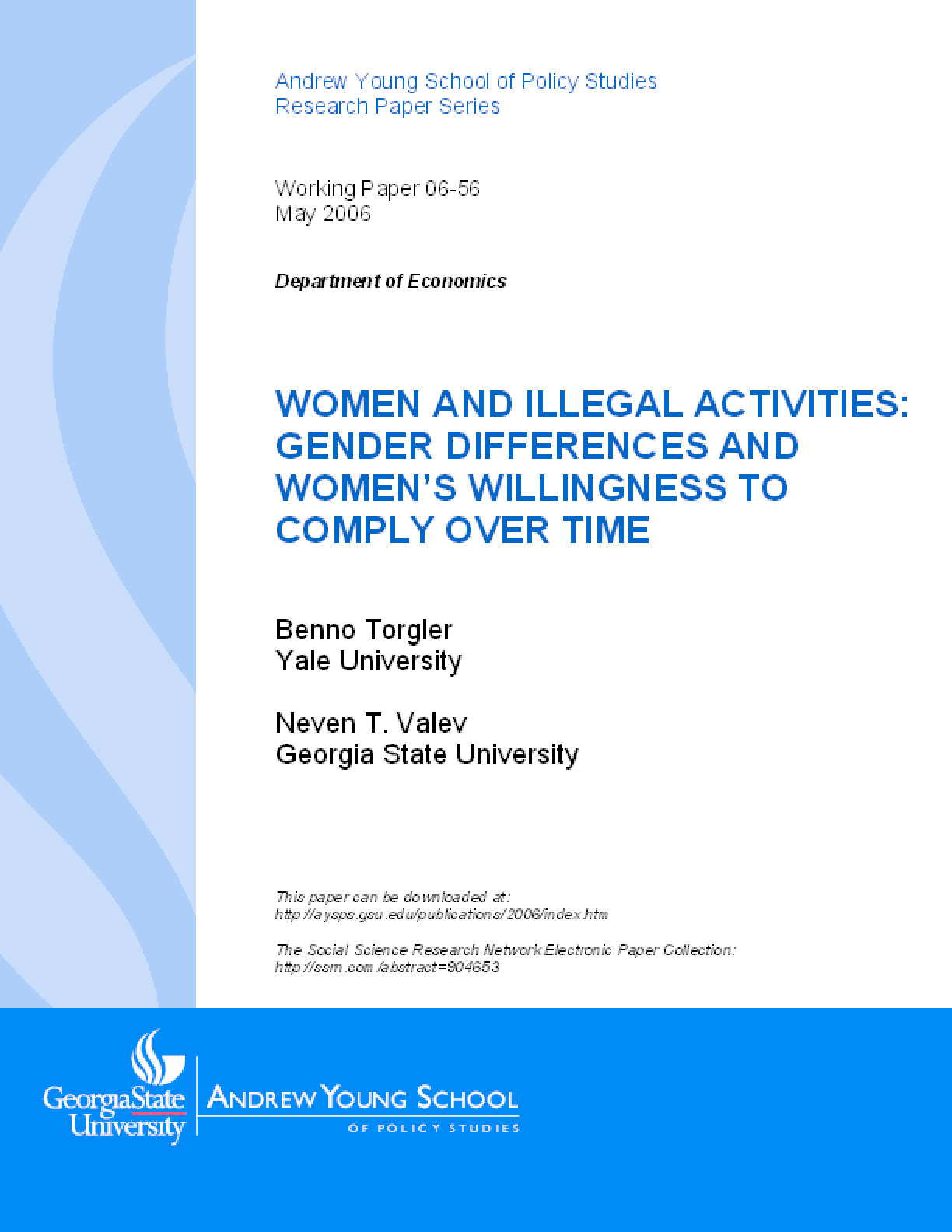