Women and Medicine in Early Twentieth Century India: A Study on the Intervention of the Rockefeller Foundation (with Special Reference to Public Health Nursing)

The early twentieth century saw a shift in the perspectives and policies related to medical care in India. In place of hospital care, preventive public health initiatives became more and more important. In this context, health education for individuals including enhancing consciousness for sanitation and hygiene, and protecting maternal and child health received greater attention than before. In the changing international scenario of the early twentieth century, improvements in maternal and infant health became matters of world-wide interest. Increasing imperial rivalries and anxieties about the future health condition of the children of army men, to some extent, prompted certain measures aimed at improving the health of mothers and children through adoption of public health measures. Child welfare movements developed in different parts of the world. In India, health policies of both colonial administrative personnel and administrators in native princely states, efforts of voluntary non-governmental agencies, as well as activities of international philanthropic organisations all played crucial roles in developing these new kinds of public health sensibilities and initiatives. The views expressed by the Rockefeller Foundation (RF) and the role it played in this respect remain significant. 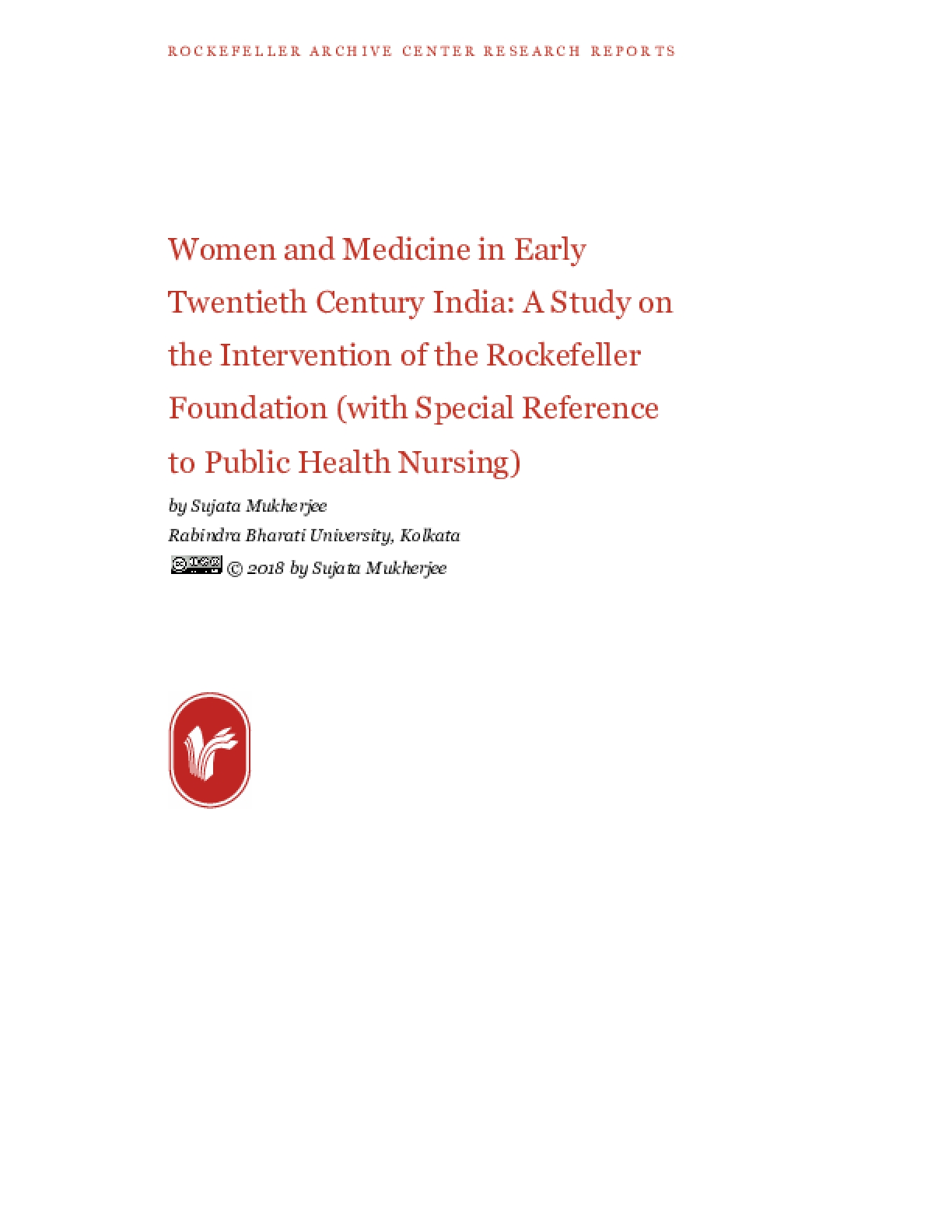