Women Give 19: Gender and Giving Across Communities of Color

Intersection of race, giving and gender

Women Give 2019: Gender and Giving Across Communities of Color is the first study to explore the intersection of race, giving and gender. The report finds that generosity is a value shared by all communities, and that women across race and ethnicity are leading through philanthropy.

As communities of color grow in wealth and influence, the study demonstrates the unique perspectives women of color bring to philanthropy and underscores the importance of understanding and engaging donors from diverse backgrounds. 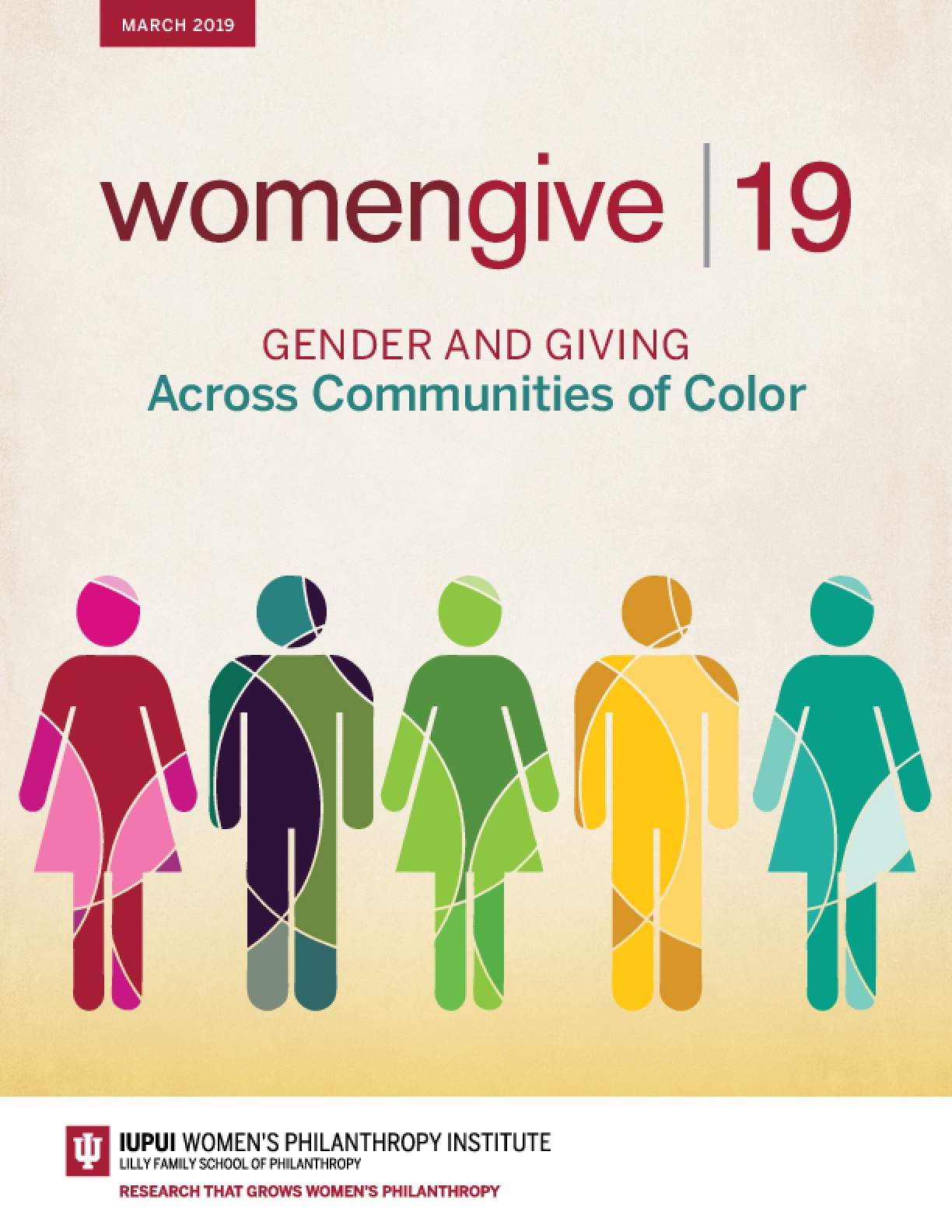