The women who serve in today's military differ from the men who serve in a number of ways. Compared with their male counterparts, a greater share of military women are black and a smaller share are married. Also, women veterans of the post-9/11 era are less likely than men to have served in combat and more likely to be critical of the wars in Iraq and Afghanistan. In other ways, however, military women are not different from military men: they are just as likely to be officers; they joined the armed services for similar reasons; and post-9/11 veterans of both sexes have experienced a similar mix of struggles and rewards upon returning to civilian life. Since 1973, when the United States military ended conscription and established an all-volunteer force, the number of women serving on active duty has risen dramatically. The share of women among the enlisted ranks has increased seven-fold, from 2% to 14%, and the share among commissioned officers has quadrupled, from 4% to 16%. Department of Defense policy prohibits the assignment of women to any "unit below brigade level whose primary mission is direct ground combat." While this policy excludes women from being assigned to infantry, special operations commandos and some other roles, female members of the armed forces may still find themselves in situations that require combat action, such as defending their units if they come under attack.2 This report explores the changing role of women in the military using several data sources. Two Department of Defense publications -- Population Representation in the Military Forces, FY2010 and Demographics 2010: Profile of the Military Community -- provide the overall trends in military participation by gender, as well as demographic and occupational profiles of male and female military personnel. The report also draws on data from two surveys of military veterans: a Pew Research Center survey of a nationally representative sample of 1,853 veterans conducted July 28-Sept. 4, 2011, and the July 2010 Current Population Survey (CPS) Veterans Supplement (n=9,739 veterans). 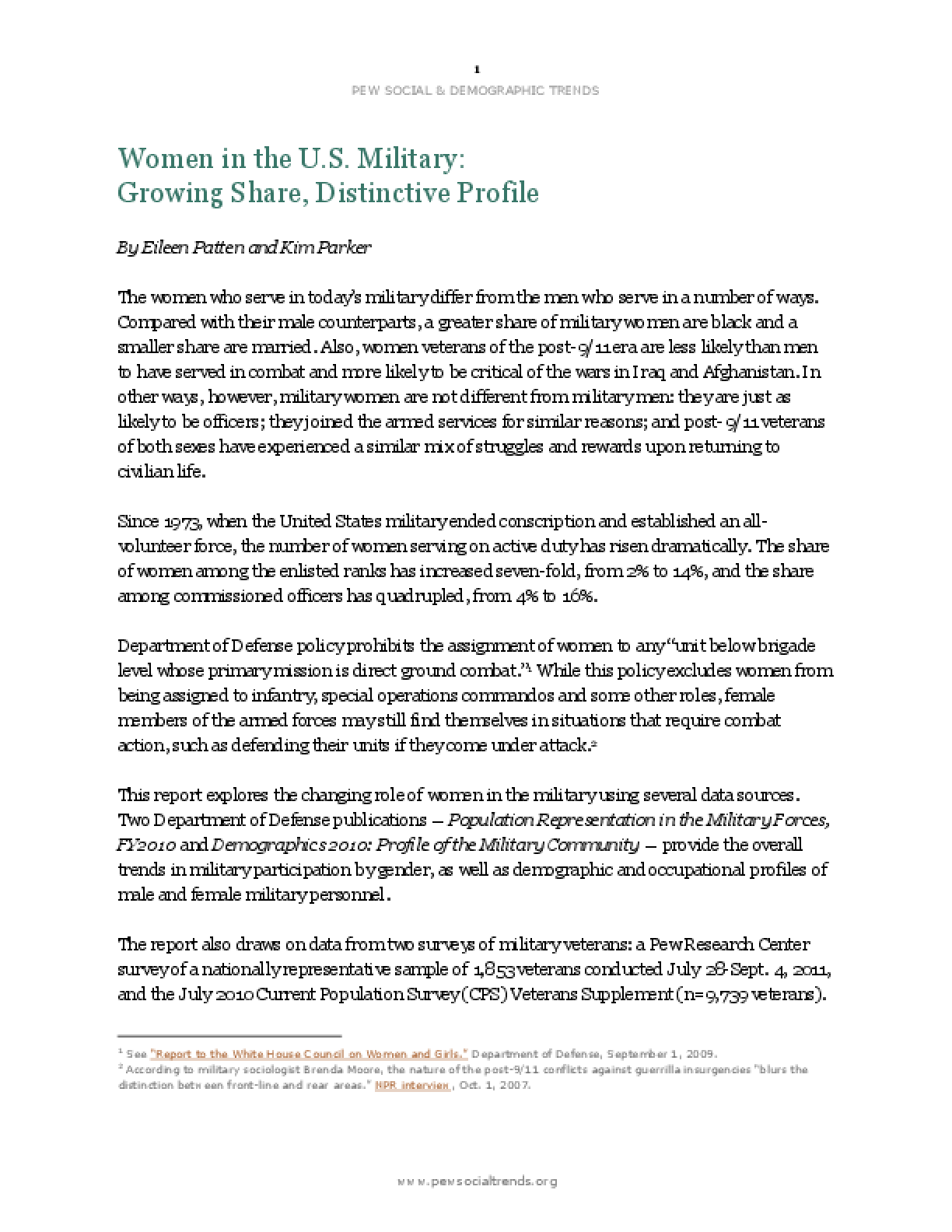