Women own, on average, only 32 cents for every $1 owned by a man. Women of color have even less. With only $200 and $100 in median wealth, African American and Latina women, respectively, own less than one cent for every $1 owned by a white man. So while Americans are right to advocate for narrowing the gender wage gap, these figures demand that we address another gap that threatens women's economic security: the gender wealth gap. 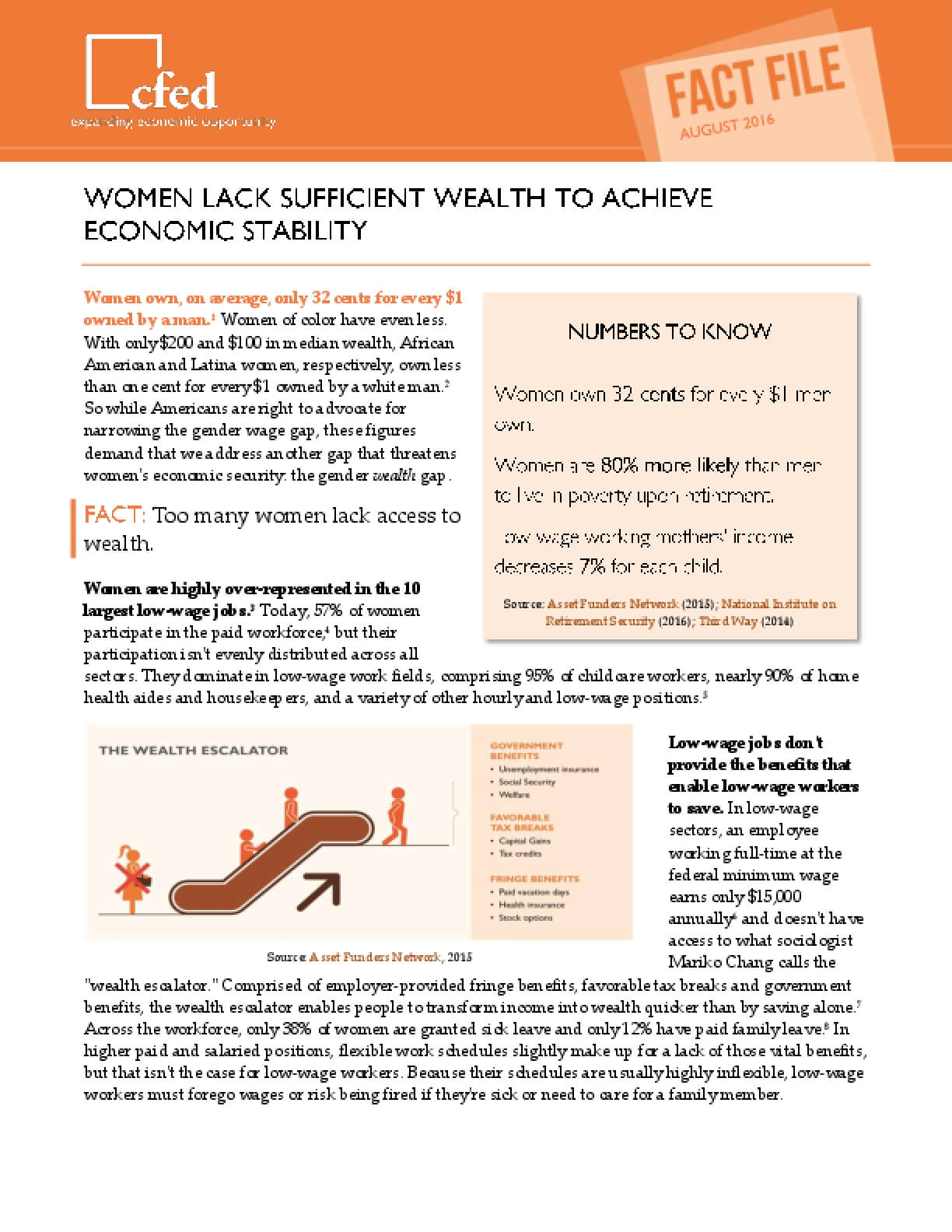