Women's Health Coverage Since the ACA: Improvements for Most, But Insurer Exclusions Put Many at Risk

Since enactment of the Affordable Care Act (ACA), many more women have health insurance than before the law, in part because it prohibits insurer practices that discriminate against women. However, gaps in women's health coverage persist. Insurers often exclude health services that women are likely to need, leaving women vulnerable to higher costs and denied claims that threaten their economic security and physical health.

Goal: To uncover the types and incidence of insurer exclusions that may disproportionately affect women's coverage. Method: The authors examined qualified health plans from 109 insurers across 16 states for 2014, 2015, or both years. 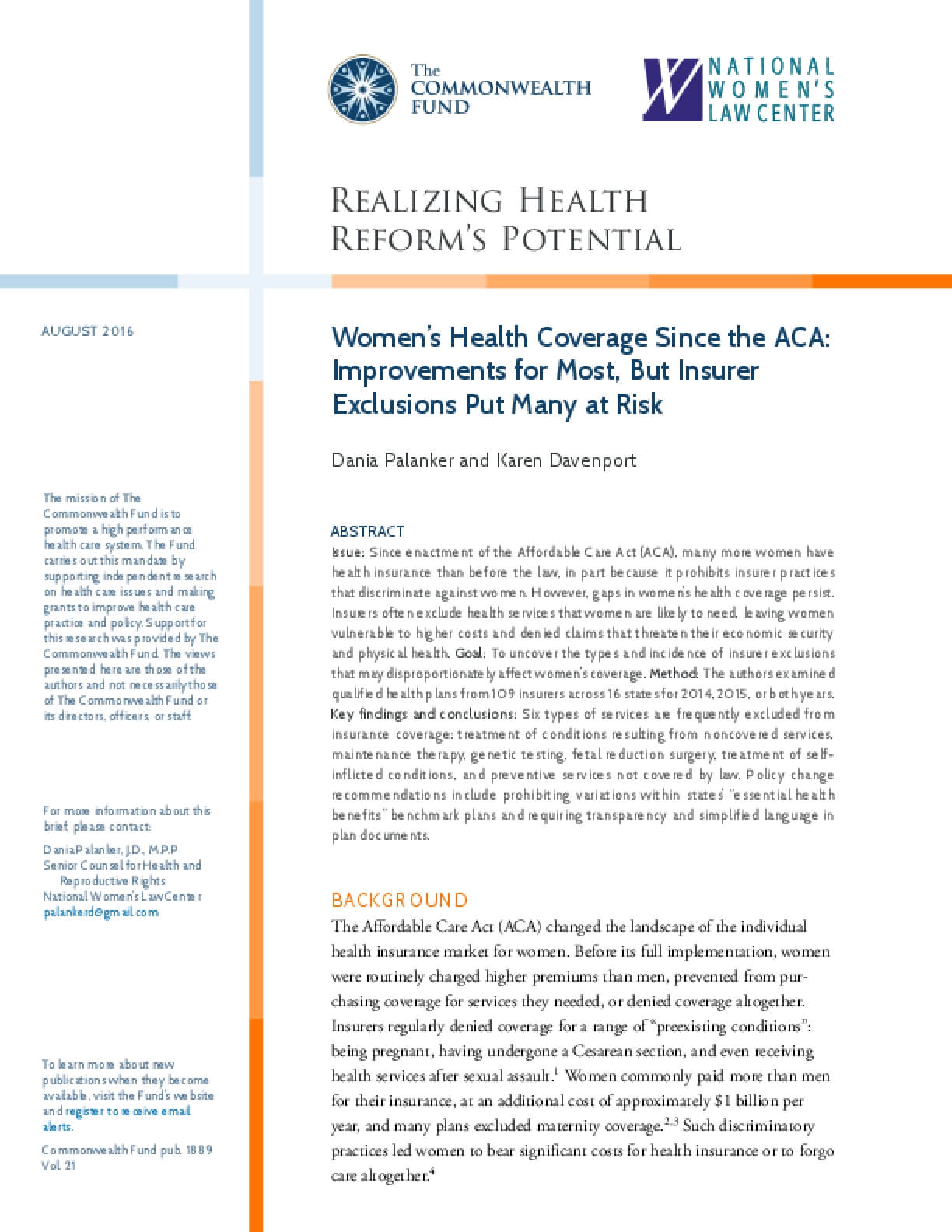