Work Sharing: The Quick Route Back to Full Employment

This paper outlines a proposal for a system of work sharing that would give employers an incentive to maintain workers on their payroll at reduced hours as an alternative to laying them off. The system would be attached to the existing system of unemployment compensation, with shorttime compensation as an alternative to unemployment compensation. This means that work sharing would require no new government bureaucracy. In fact, 21 states (including California and New York) already have short-time compensation as an option under their unemployment insurance system. In these states a governmental structure already exists to support work sharing, although there would have to be changes to make the system more user friendly so as to increase take-up rates. 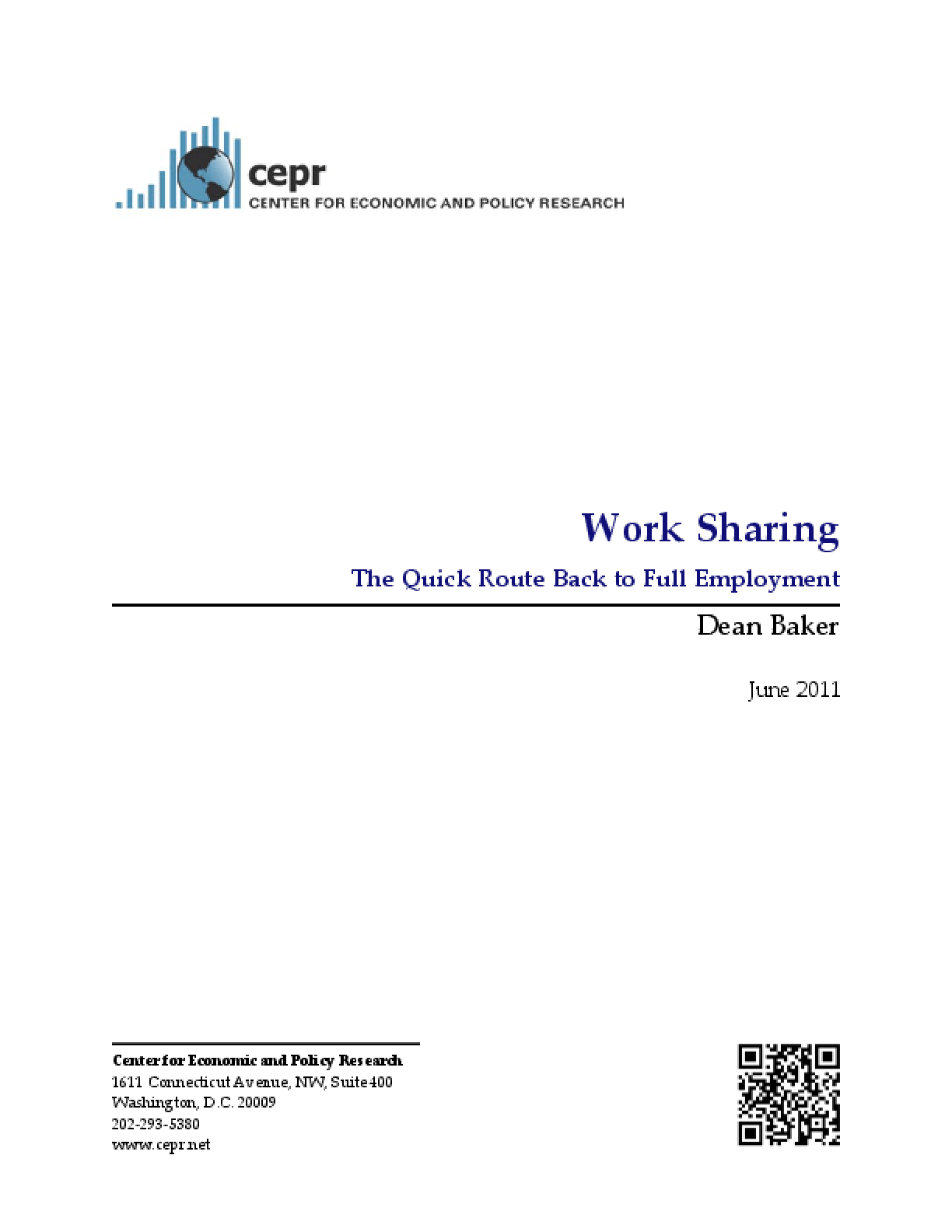