Working for the Few: Political Capture and Economic Inequality

Almost half of the world's wealth is now owned by just one percent of the population, and seven out of ten people live in countries where economic inequality has increased in the last 30 years. The World Economic Forum has identified economic inequality as a major risk to human progress, impacting social stability within countries and threatening security on a global scale. This massive concentration of economic resources in the hands of fewer people presents a real threat to inclusive political and economic systems, and compounds other inequalities - such as those between women and men. Left unchecked, political institutions are undermined and governments overwhelmingly serve the interests of economic elites - to the detriment of ordinary people. In this paper, Oxfam shows how extreme inequality is not inevitable, with examples of policies from around the world which have reduced inequality and developed more representative politics, benefiting all, both rich and poor. Oxfam calls on leaders at the 2014 World Economic Forum at Davos to make the commitments needed to counter the growing tide of inequality. 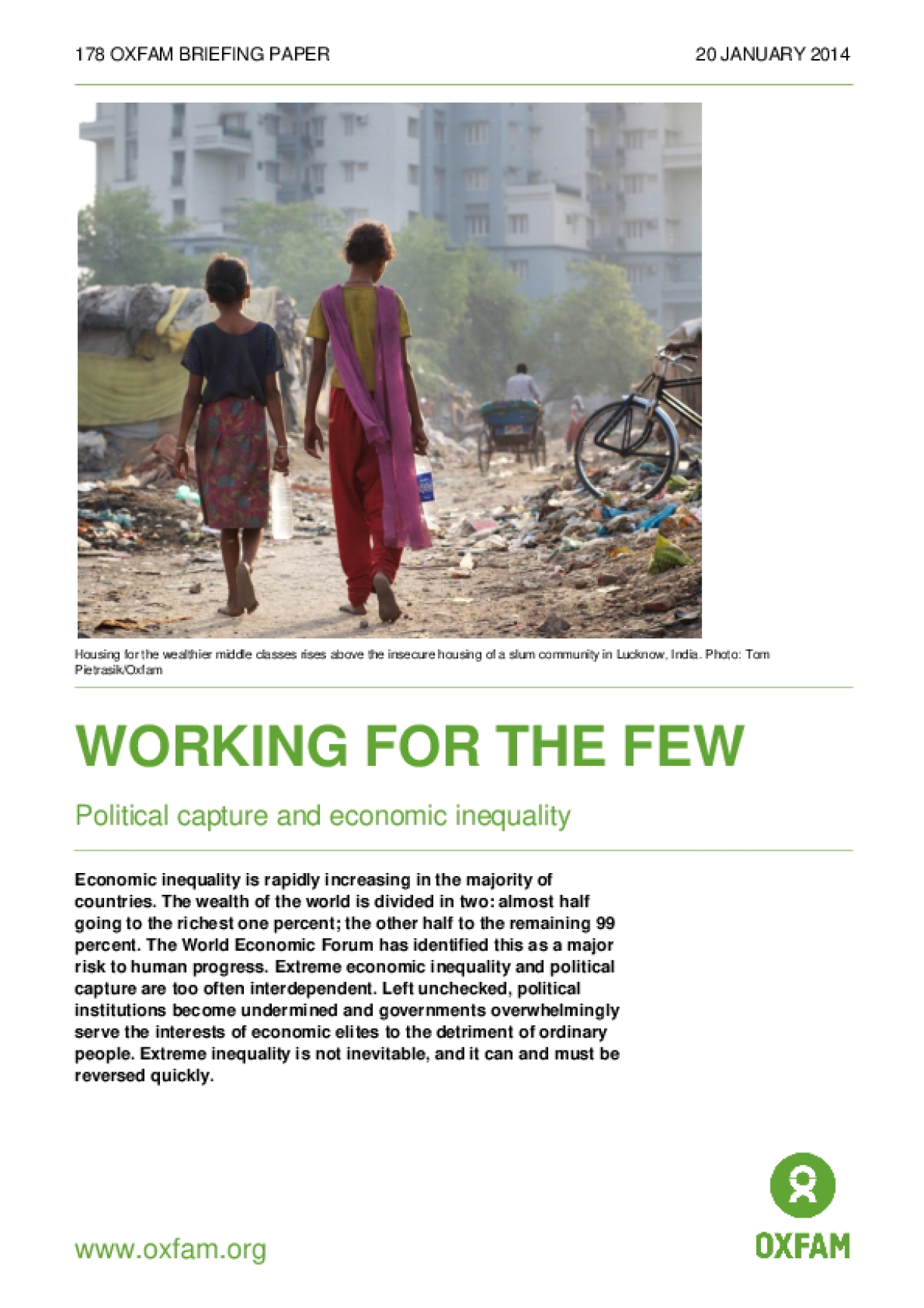