Working on Faith: A Faithful Response to Worker Abuse in New_Orleans

When Hurricane Katrina battered New Orleans in August of 2005 and thousands were left stranded in the city, the winds exposed New Orleans' twin plagues of poverty and racism. New Orleans is the face of preventable exploitation. As this report illustrates, the DOL has been ill-equipped to deal with the scale and spread of employer lawlessness that has overtaken the Gulf Coast. Therefore, IWJ is creating the Interfaith Worker Justice Center of New Orleans (IWJ-NOLA) with the mission to respect work, rebuild community and restore hope. In tandem with the religious community and allies from organized labor, IWJ calls on the DOL to collaborate with IWJ-NOLA to empower workers, promote fair and legal labor practices, and work for good jobs for all workers, including those who have not been able to return to their city. 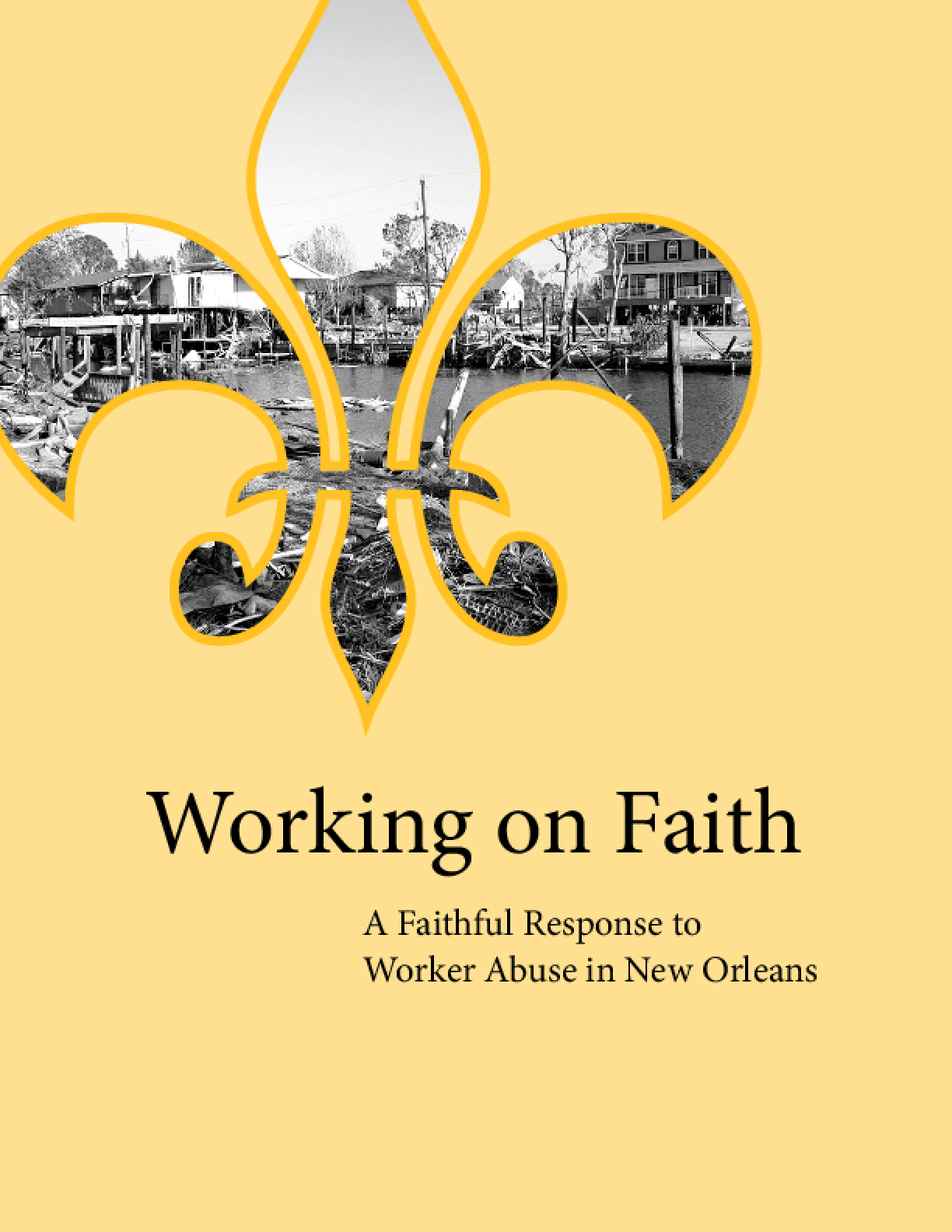