Donald Trump's trade wars have forced many of us to re-examine what we hope to see in trade policy. At least in rhetoric, he has made the trade deficit front and center on his trade agenda. Many of us have argued that the trade deficit has been a major factor in the loss of relatively high-paying manufacturing jobs. For this reason, there are some grounds for being sympathetic to Trump's approach. However, in other areas, like his promotion of intellectual property rights and his demands on rules for the digital economy, he is diametrically opposed to progressive goals in trade policy.

This essay examines these issues in some detail. It makes three main points:

While Trump's trade agenda is not one that most progressives will choose to embrace, he has helped to open up the debate on these issues and increase the likelihood that trade may be set on a more progressive path than the one followed over the last four decades. 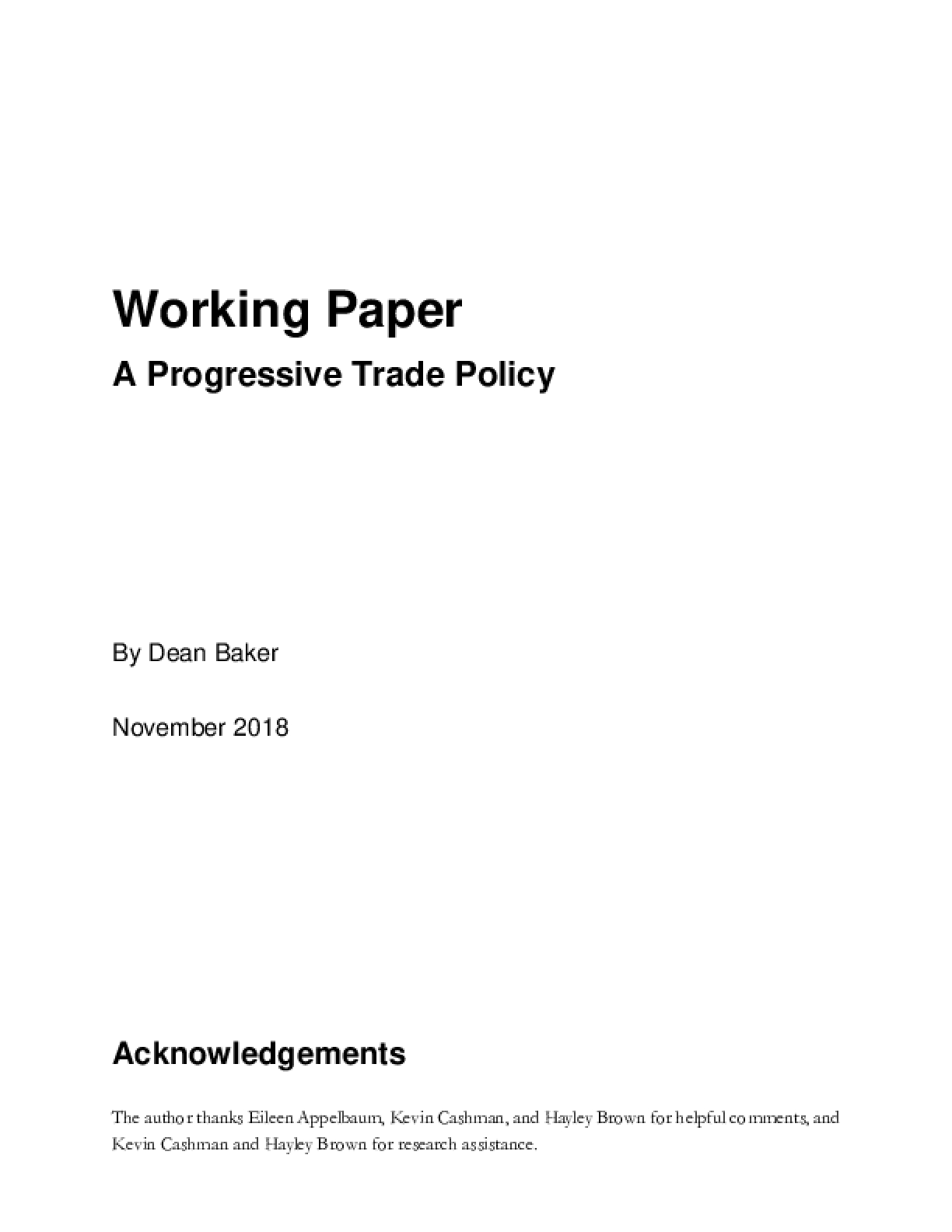