Working Together to Manage Enrollment: Key Governance and Operations Decisions

Common enrollment systems designed to manage student enrollment across district and charter sectors introduce a host of governance challenges. City charter and district leaders realize the importance of cross-sector representation when deciding policies related to enrollment, such as the number of choices families should list or whether some students will have enrollment priority over others. The question of who will administer the enrollment process once these policy decisions are made can be highly controversial. Cities that don't attend to these management questions early on risk major political fights that can stall or derail progress on the effort.

There is little precedence, nor is there a ready-made legal framework, for coordinating enrollment across sectors; how these systems will be governed and operated must instead be resolved through the collaboration of agencies, many of which have histories of competition, mistrust, and hostility. In this issue brief, we draw from a series of interviews with local education leaders in Denver, New Orleans, and Washington, D.C., focusing on the governance issues that emerged as these three jurisdictions sought a cross-sector common enrollment system.

While some urban school systems have long had enrollment processes to manage choice for schools under their control, the expansion of charter schools presents a different and more complicated challenge for both parents and administrators. In many places, students no longer have a single "home district" in the traditional sense. Instead, they can now choose to enroll in the local school district or one of the city's charter schools. State charter laws give charter schools -- whether they are an independent local education agency or not -- authority over their enrollment processes; a charter school must conduct its process in a manner consistent with the law, typically a random lottery.

As charter schools grow in number, so does the number of separate enrollment systems operating across individual cities. In Denver, for example, a 2010 report showed that 60 separate enrollment systems operated in the city at the same time. Similar situations occurred in New Orleans and D.C. As individual selection processes grew to unmanageable levels in these cities, education and community leaders sought ways to rationalize and centralize student placement across an increasing number of school choices 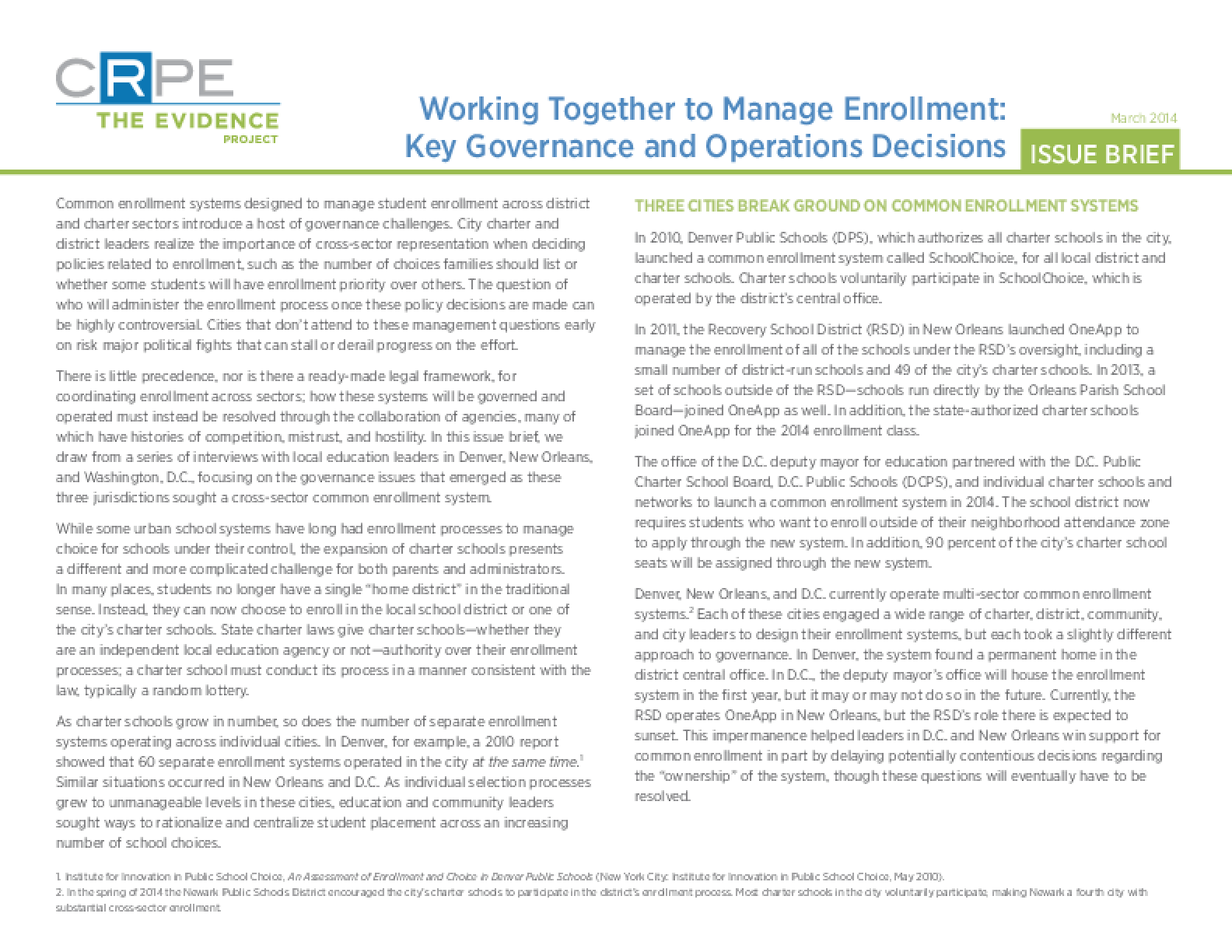