This is the third edition of the World Giving Index, the largest study into charitable behaviour across the globe, involving 160 countries in total. The report is based on over half a million interviews conducted by Gallup since 2007, as part of their World Poll survey. The Index is based on an average of three measures of giving behaviour - the percentage of people who donate money to charity, volunteer their time, and help a stranger, in a typical month. This year's report results show that levels of involvement in giving - for all three of these measures - fell between 2010 and 2011, and were also down on 2007. The report shows how this mirrors global economic patterns. The report includes:

analysis of levels of giving worldwide 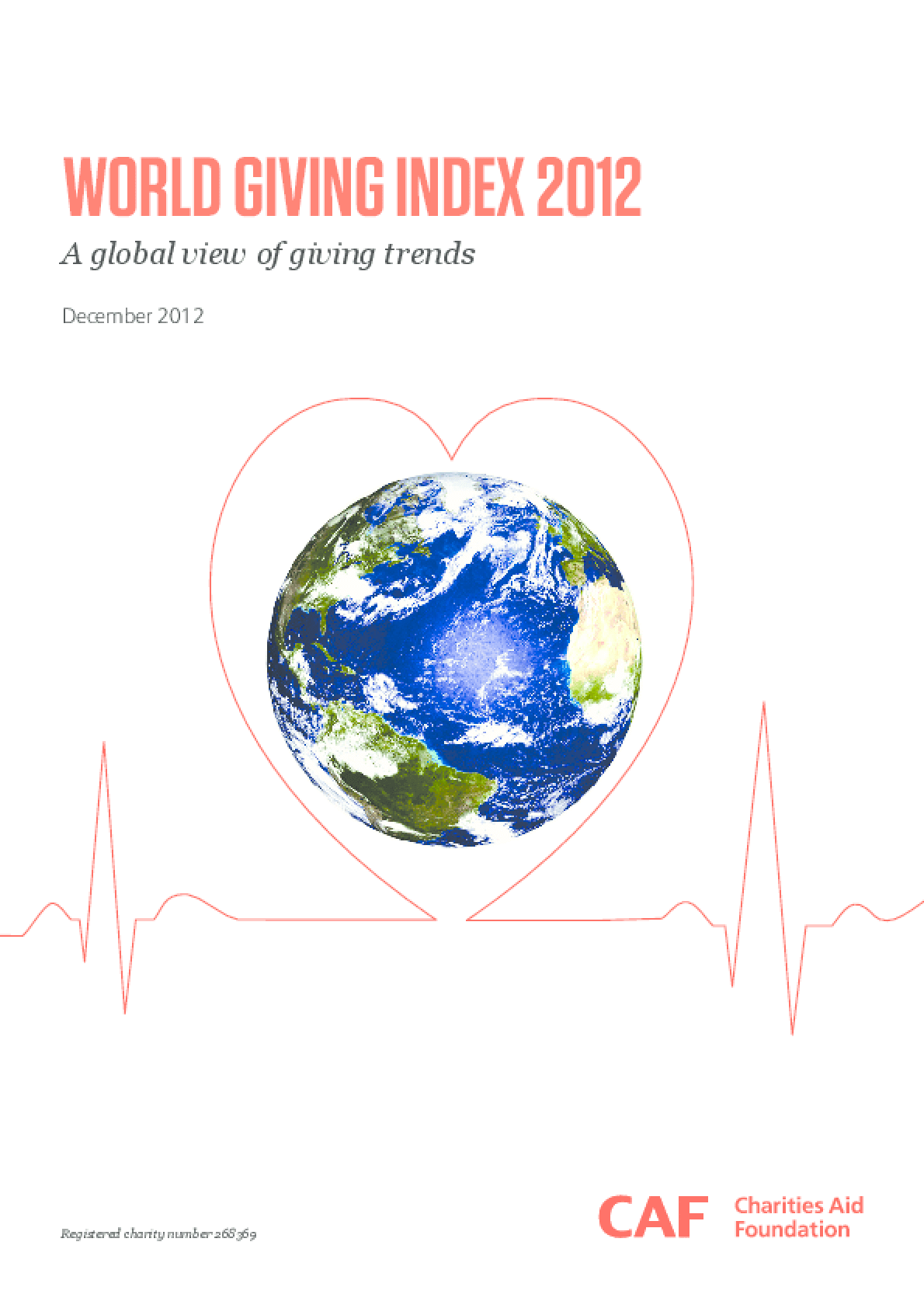