The aim of the World Giving Index is to provide insight into the scope and nature of giving around the world. In order to ensure that giving is understood in its various forms, the report looks at three aspects of giving behaviour. The questions that lie at the heart of the report are: Have you done any of the following in the past month? - Donated money to a charity? - Volunteered your time to an organisation? - Helped a stranger, or someone you didn't know who needed help? Fieldwork is conducted by the market research firm, Gallup1, as part of its World Poll initiative2 that operates in 160 countries. This fourth edition of the World Giving Index again presents giving data from across the globe over a five year period (2008-2012). The World Giving Index 2013 includes data from 135 countries across the globe that was collected throughout the calendar year of 2012. A full explanation of the methodology used is included in the appendices. 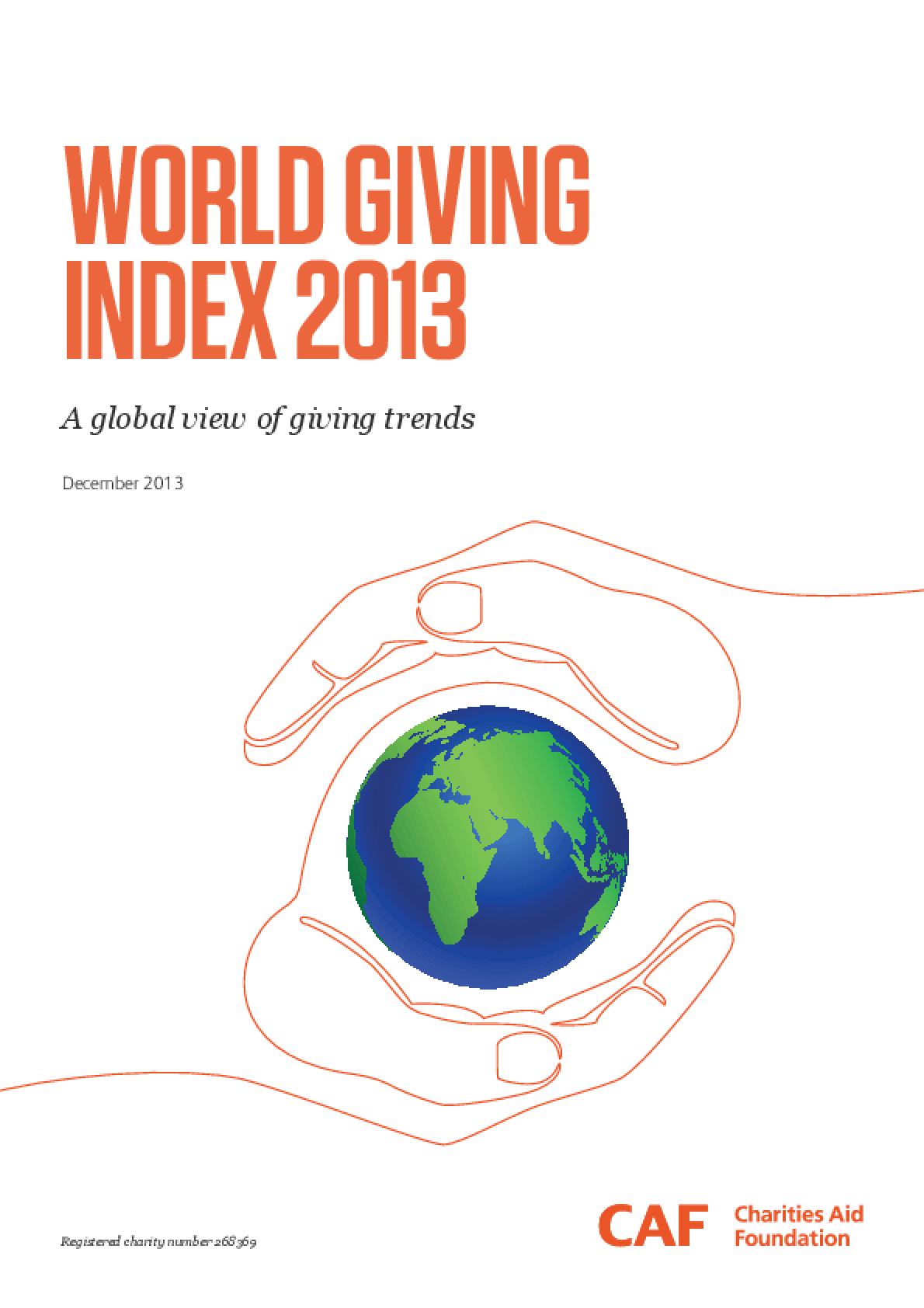