This year's world grain harvest is projected to fall short of consumption by 61 million tons, marking the sixth time in the last seven years that production has failed to satisfy demand. As a result of these shortfalls, world carryover stocks at the end of this crop year are projected to drop to 57 days of consumption, the shortest buffer since the 56-day-low in 1972 that triggered a doubling of grain prices. World carryover stocks of grain, the amount in the bin when the next harvest begins, are the most basic measure of food security. Whenever stocks drop below 60 days of consumption, prices begin to rise. It thus came as no surprise when the U.S. Department of Agriculture (USDA) projected in its June 9 world crop report that this year's wheat prices will be up by 14 percent and corn prices up by 22 percent over last year's. 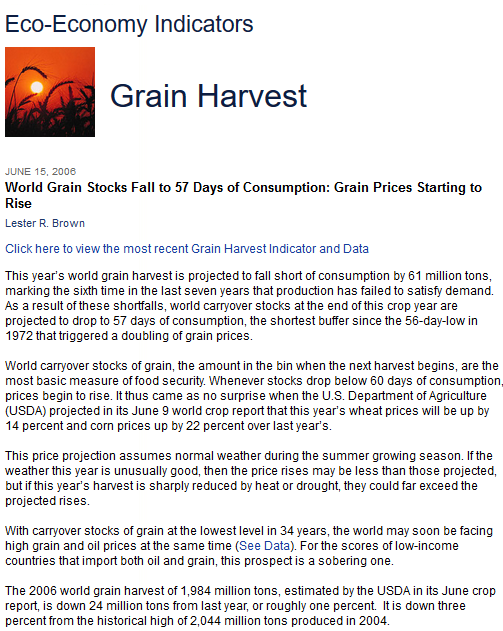