President Trump has promised to induce $1 trillion of new public and private investment in infrastructure over the next decade. He believes that strategy will be beneficial both for short-run, macroeconomic reasons (it will stimulate the economy) and for long-run, microeconomic reasons (it will improve productivity). This paper assesses both sets of reasoning, finding that the case for more government investment is significantly weaker than commonly asserted. Because the United States is at or near full employment with interest rates rising, standard Keynesian arguments do not suggest infrastructure spending financed by borrowing would offer a macroeconomic stimulus. In practice, major projects take years of planning and cannot be used readily to manage the economy anyway. Historical evidence showing significant positive effects of government infrastructure investments on productivity provides little guidance on the worthiness of new projects today. Congestion and changing demand patterns do necessitate new infrastructure investments, and government spending in certain areas can enhance growth. But U.S. infrastructure is not in the dire physical condition asserted by politicians, scope for more private funding is ample, and resources allocated through the political process are often badly managed and prioritize ambitions that undermine economic performance. The focus on the supposed stimulus and productivity-enhancing effects of infrastructure spending means policy debates center heavily on government funding. Yet proposals for more federal spending, costly tax credits, or public-private partnerships ignore that the primary barriers to responsive infrastructure relate to structures and incentives. Rather than imposing further costs on taxpayers, the new administration should prioritize localizing decisionmaking, removing regulatory barriers to private investment, encouraging the use of user fees, and removing tax exemptions for public investment. 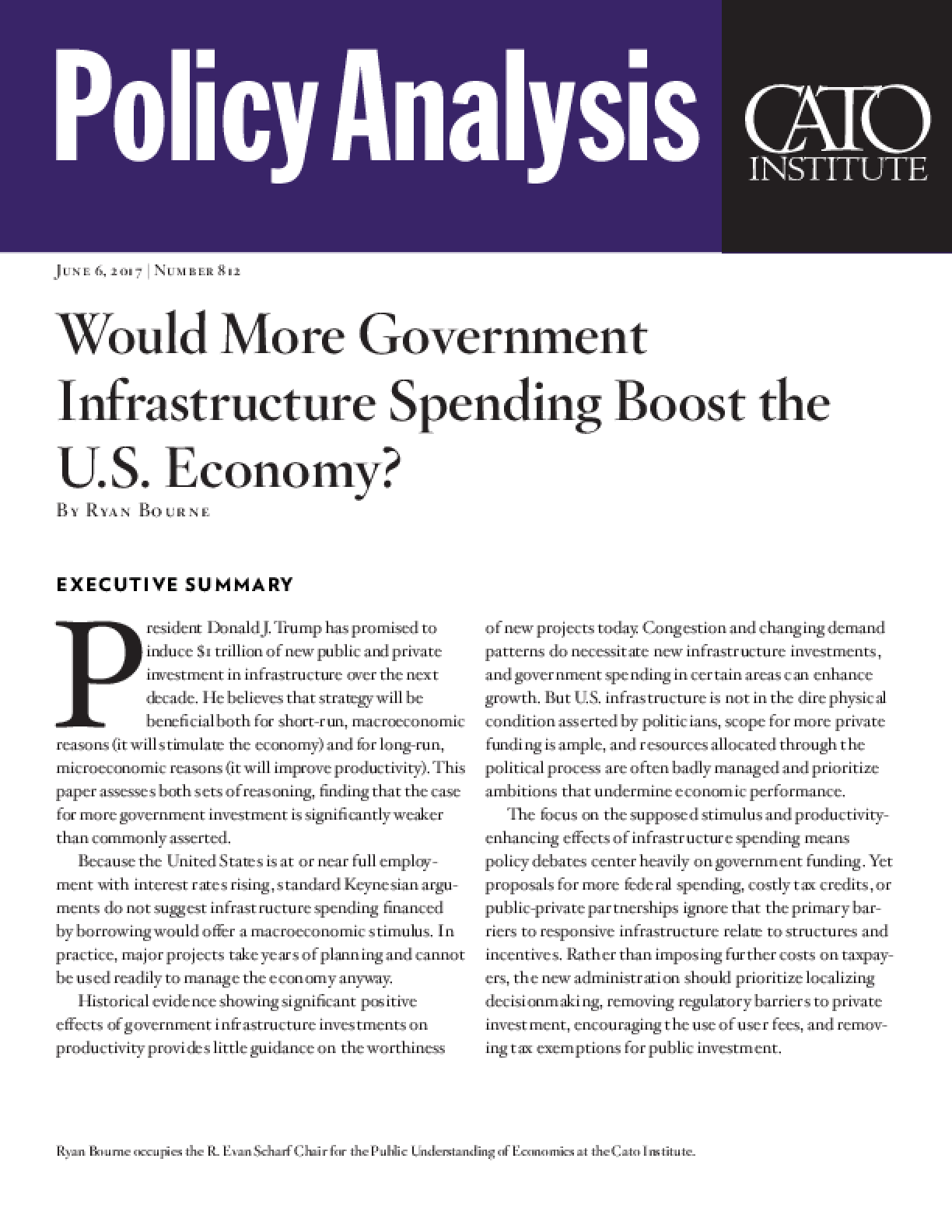