Wrongdoing Officers and Directors of Charities: A Survey of Press Reports 1995-2002

This paper presents the results of a survey of newspaper reports published between 1995 and 2002 of incidents involving allegations of criminal and civil wrongdoing by officers and directors of charitable organizations. Of the one hundred and fifty-two incidents found, one hundred and four entailed criminal activity, fifty-four involved breaches of the duties of loyalty and prudenceself-dealing, failing to carry out the mission of the charity, and negligent management of assetswhile six fell into both categories. The authors set forth the limitations of a study of this nature and point to problems of governance that emerged from their findings. This publication is Hauser Center Working Paper No. 20. The Hauser Center Working Paper Series was launched during the summer of 2000. The Series enables the Hauser Center to share with a broad audience important works-in-progress written by Hauser Center scholars and researchers. 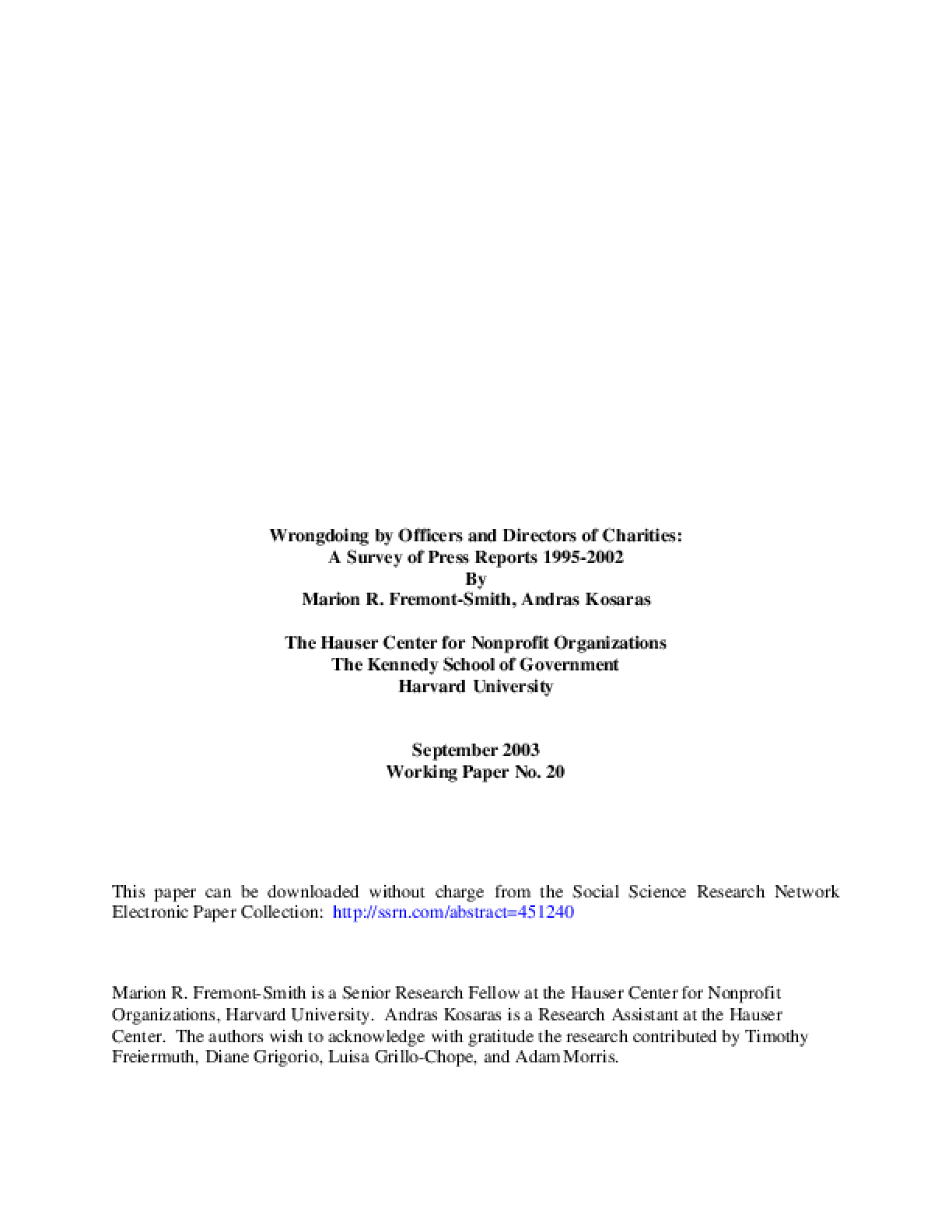