Young blacks in America have had significant improvements in educational attainment since the early 1980s. They are completing high school and college at higher rates than in the past, which has helped to mitigate some of the negative employment effects of past recessions. However, wages for young blacks have declined since the late 1970s, with rates for black men in particular decreasing significantly -- even for those with college degrees. The wage data also continue to show that young blacks have been hit harder than whites during the recent recession and incomplete recovery. 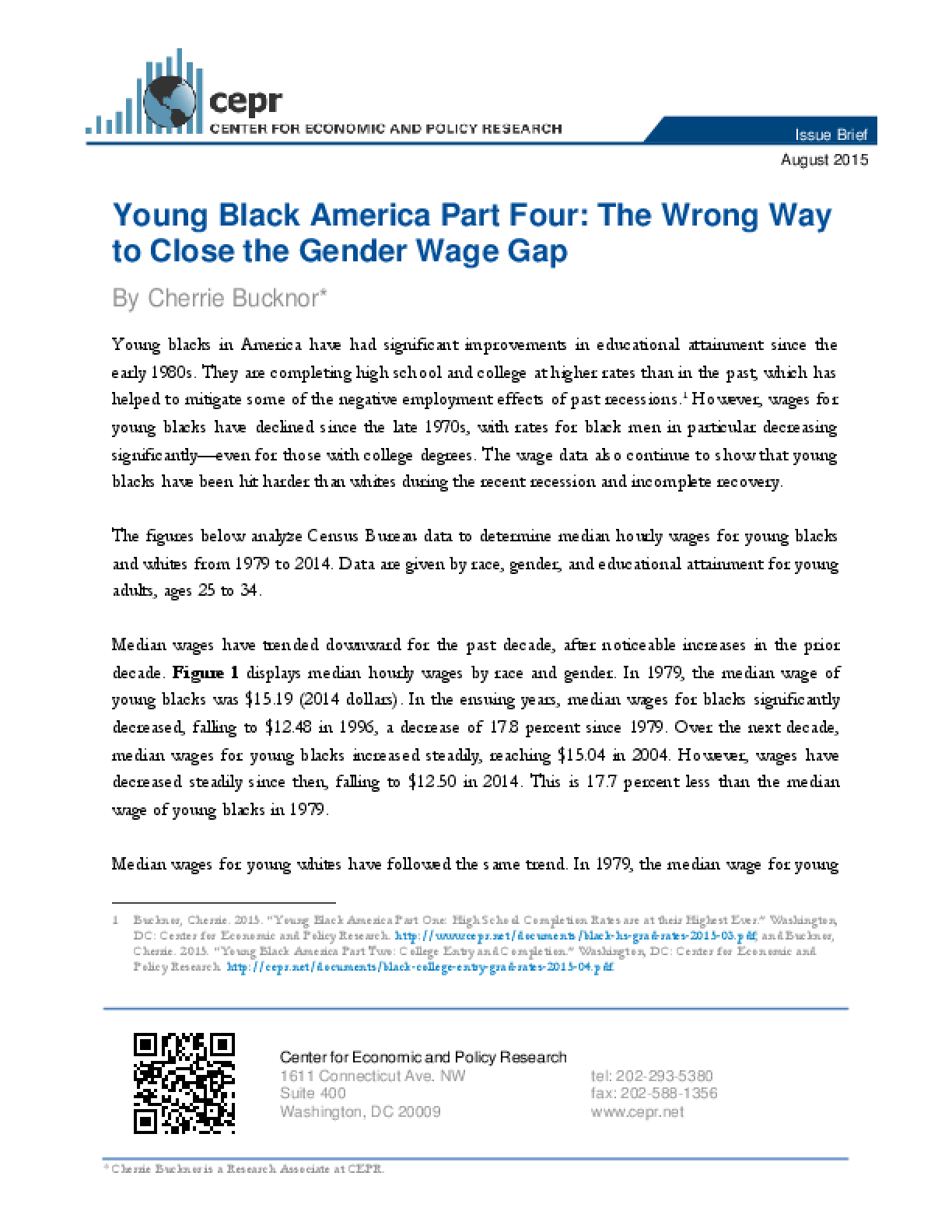