Student loan debt is a pressing public policy issue for African-American leaders. The expectation of higher earnings, in anticipation of college wage premiums, sets up some borrowers to take on more debt that they can ultimately bear. The goals of closing gaps in educational attainment and in assets among races are linked. This paper links economic literature from Lifecycle Theory and Assets Policy with on the ground trend data about student loans. It drills down to examine the current student loan environment at North Carolina's ten Historically Black Colleges and Universities (HBCUs). Current factors in education and in student finance underlie the need for policy intervention at our HBCUs: - More students at HBCUs (76.8 percent compared to 70.3 percent) receive financial aid than do students as a whole nationwide. More HBCU students receive a student loan (51.4 percent, compared to 40.1 percent). Average student loan amounts are greater at HBCUs, for each category of school (US Department of Education, 2002). - Increases in tuition elsewhere are driving enrollment increases at HBCUs. - In North Carolina, approximately 94 percent of undergraduate full-time, first-time degree seeking freshman students enrolled in an HBCU in school year 2005-06 received some kind of financial aid (grants or loans). - Almost 80 percent of undergraduates at the state's ten HBCUs received student loan aid. - African-American students at HBCUs are more likely to come from a low-income household than are African-American students at a "primarily white institution" (PWI). This is part of a broader trend. Tuition increases, coupled with stagnant ceilings on grants, have driven the demand for more student loans. Students are taking out more loans. They are borrowing more. They are seeking out second-best forms of aid. - In the 90s, the percent of dependent students at four-year public universities using unsubsidized Stafford loans increased 100 fold, from two-tenths of one percent to more than 20 percent of all students. - In 1995-6, 87 percent of low-income students who took on debt used subsidized loans only. Another 10 percent used both subsidized and unsubsidized. By 2003-4, just 72 percent of low income students used only subsidized loans. - In 2003-4, 89 percent of full-time, full-year African-American undergraduate college students received some kind of financial aid. - The use of private student loans has increased 750 percent in the last 10 years. Average interest rates are 11.5 percent and average origination fees are 4.5 percent. The number of students who took out both subsidized and unsubsidized Stafford loans (indicating a need for large loans to meet expenses) more than doubled during the same period, from 7 to 15 percent. - Graduates have more debt. In 2007, graduates at North Carolina schools had $16,888 in debts. The national averages were $21,900 at public and $25,700 at private schools (Project on Student Debt, 2008). More students and families need to prepare for the costs of college. - Only 18 percent of students and thirty percent of parents had obtained information on the costs associated with the kinds of postsecondary institutions where they intended to enroll. - Cost of tuition at public 4-year colleges in North Carolina is increasing 14 times faster than the rate of increase in per capita income in the 90s (National Center for Public Policy and Higher Education, 2002). - Credit is drying up: many private lenders now require credit scores of 700 or higher. 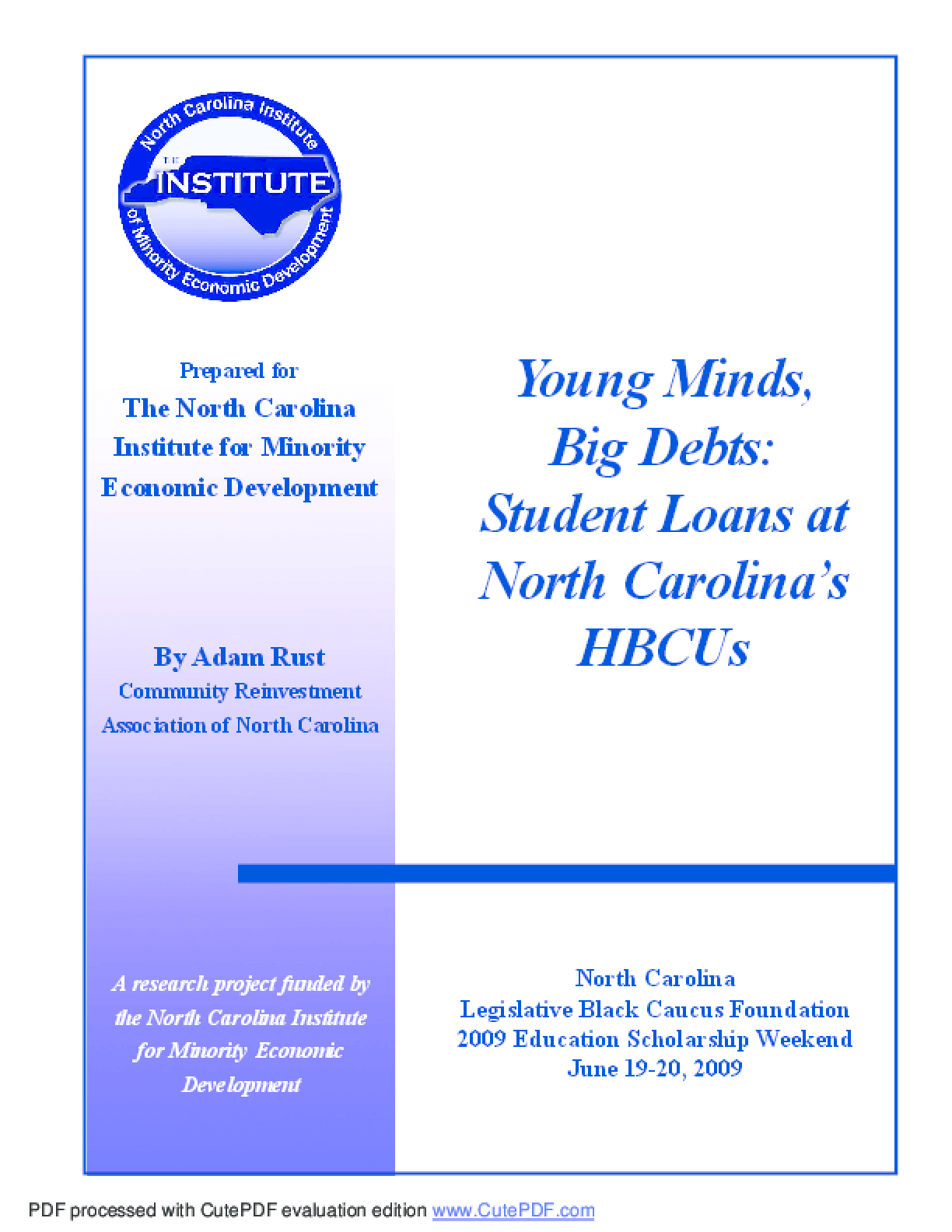