Youth Leadership in the Public Service Sector in Africa: Opportunities for Engagement?

The popular belief that the youth have not contributed much to national development in pre- and post-colonial Africa is grossly erroneous. As study has revealed that low level of active youth leadership on the continent is not due to lack of interest and effort on their part, but more because of the hostile political, economic and social environment, rigid structural barriers to youth mobility in politics and the economy in many West African countries. 'Harmful' cultural practices that require young people to defer to older ones make it hard for the youth to 'liberate' themselves (Sesay, 2014). Young people have also not been able to successfully organise themselves into workable pressure groups to effect positive political and economic change in their favour (Sesay, 2014).

There is a direct link between the plight of Africa's youth and the prevailing governance systems on the continent. It is essential to convince the old political class that youth empowerment and inclusion in governance processes is a sine qua non for overall national development, peace, and security. The demographic picture of youth makes it patently evident that engaging youth fully in development is not a matter of choice, but rather an imperative for national development. In not-so straightforward circumstances of political leadership as has been observed in Africa, only some form of affirmative action can take us anywhere close to achieving democratic equity for the youth in matters of political leadership on the continent. Given the way power is exercised, the power to change these cultural contexts considerably rely on head of states who in a snap of their fingers could change the deal if they had the will; and the king-makers and advisers of both the former and the latter, who often are more influential than the head of states themselves.

Equally, as today's old generation was yesterday's youth, it is imperative for young people to not become different as they grow older. Especially, as they experience the realities of power, they are encouraged not to become corrupt themselves and maintain integrity in order not to perpetuate the cycle. The youth must always remember Annan's saying: "you are never too young to lead, and you should never doubt your capacity to triumph where others have not." 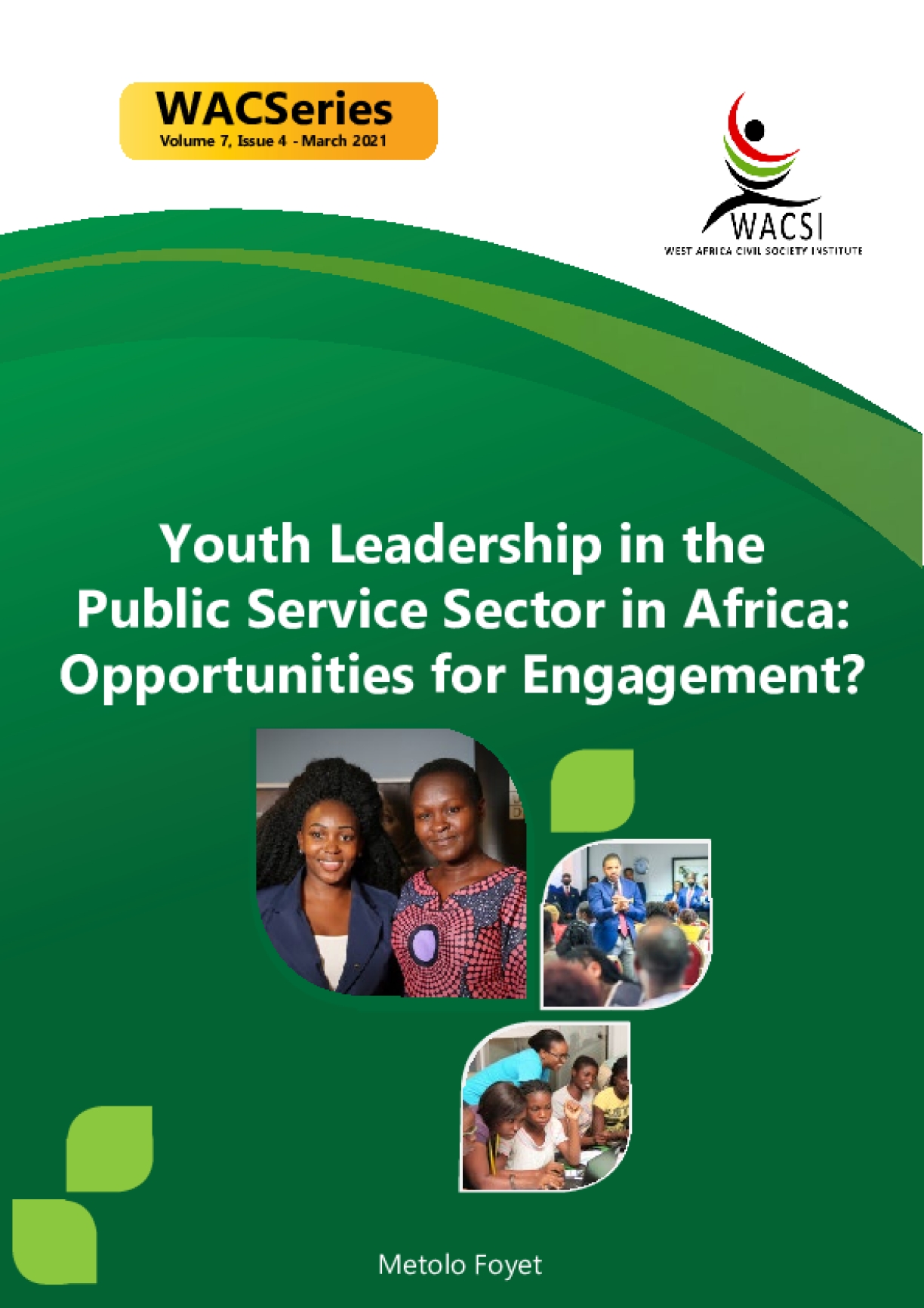