The alarming rise of youth unemployment rates following the recent economic turmoil has challenged national as well as European labour market policies. With more than 5.5 million young people in the EU struggling to find jobs, there is an urgent need to develop strategies for combatting youth unemployment, in order to avoid a lost generation of European youths threatened by lasting disadvantages in terms of labour market and social position.

Against this background, the Robert Bosch Stiftung has commissioned the present study from the Centre for European Economic Research (ZEW) in Mannheim. Its aims are to survey the development of youth unemployment in Europe, to identify the relevant institutional and economic drivers and to discuss the necessary courses of action to achieve a better integration of young adults into the labour market. While the study covers the perspective of the EU member states as a whole, it strongly focusses on southern European countries, which are especially suffering from the current youth unemployment crisis. Its core part is comprised of three country reports which detail the situation in Italy, Spain and Portugal, and review current and potential future policy initiatives that could help in reducing youth unemployment. 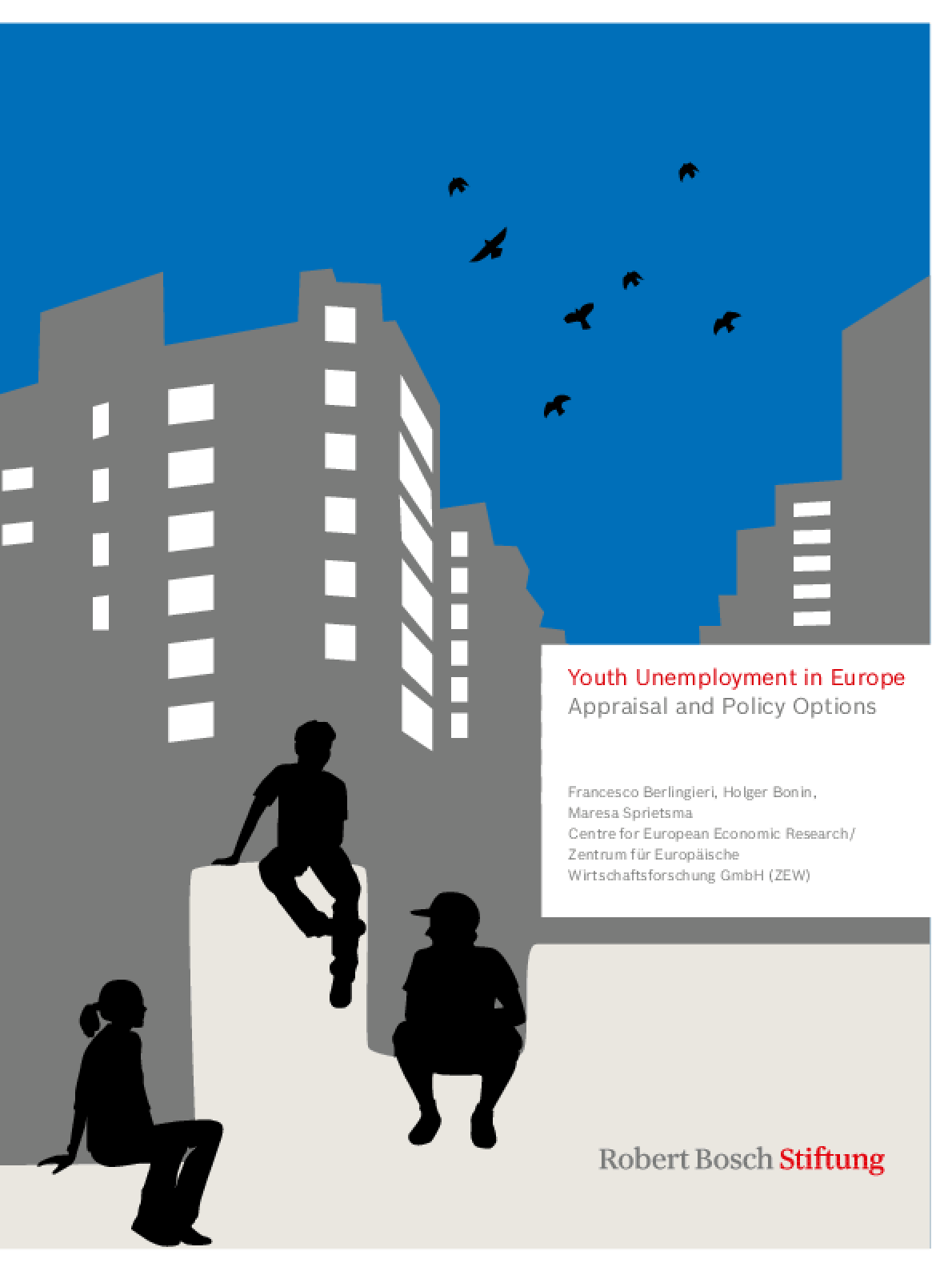