Although youth voter participation is on the rise, young people are still underrepresented in the electorate. In 2006, voters between the ages of 18 and 29 comprised about 20 percent of the eligible voting population, but only half actually voted. Among young minority citizens, voter registration and turnout is even lower, lagging behind White rates by ten and five percent, respectively. The stratification in the youth electorate is reinforced by current methods of voter mobilization efforts, which concentrate on college campuses where the student body is overwhelmingly White. This legislative session saw multiple approaches toward increasing youth participation in the electoral process, including voter registration and voter education measures and more ambitious efforts to extend voting rights to citizens younger than 18. The majority of these measures failed to pass, resulting in few improvements in the ways in which American youths interact in the election system. In this memorandum, we provide information on the status of youth voting state legislation in 2008, related current election law, and issues involved in youth voter mobilization and participation. 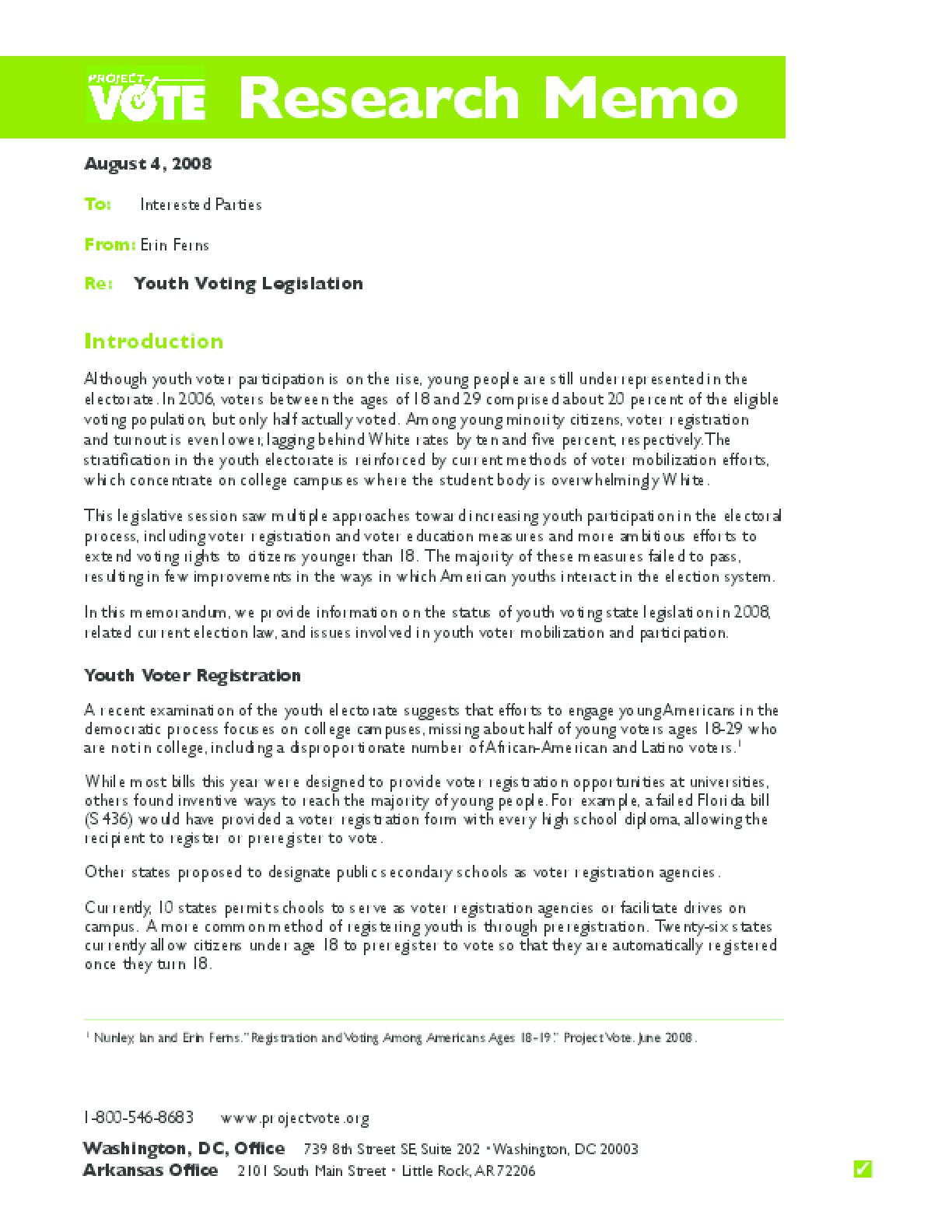